The Los Angeles County Board of Supervisors today approved a $20,000 reward for an individual whose information and assistance led to the successful apprehension and conviction of the person responsible for the murder of Marcus Nieto.

Nieto was last seen alive on February 15, 2013. Two horseback riders on the Altadena Crest horse trail found his body the next morning. The Medical Examiner-Coroner’s subsequent investigation found that Nieto suffered blunt force trauma to the head and suggested that he was murdered where his body was found on a trail on the 3800 block of Canon Boulevard in Altadena.

“Today’s approval of the reward payout is a testament to our Board’s commitment to compensate individuals who courageously step forward and help solve a crime,” Barger said. “I believe rewards work and bring justice to family members and loved ones who have gone through the pain of losing someone near and dear to them. Altadena Pollinator Palooza Extravaganza to Give Away Native Wildflower Seeds, Including Native Milkweed

A special free grassroots event in Altadena this Saturday, Jan. 21 will bring together multiple organizations to provide education and free seeds so that LA County residents can create their own pollinator friendly gardens — with free California-native milkweed (the host plant for struggling Monarch butterflies) at the forefront.

Open to all, the event will be hosted by the Altadena Community Garden from 10 am until 3 pm. The free event is produced and presented as a public service by Altadena Maid Products, a local wildflower seed company,

In addition to the free seed giveaway, the Altadena Rotary Club will be sponsoring a “tropical-milkweed trade-in” feature, where the first one hundred people who bring in a tropical milkweed plant will receive, free of charge, a special pack of Altadena Maid’s seedbark containing over 100 native-milkweed seeds.

Such tropical milkweed, commonly sold by “big box” stores, stays green all year, and can be identified, in part, Los Angeles County Supervisor Kathryn Barger presented a $40,000 check to Door of Hope, a non-profit organization located in Pasadena that helps families overcome homelessness, yesterday afternoon while meeting with its management team, caseworkers, and board members.

The funds will be used to extend Door of Hope’s services to communities surrounding the city of Pasadena, including Altadena and South Pasadena. The organization’s goal is to serve 190 families this year.

“Door of Hope is running a successful homelessness prevention program that’s continuing to grow and is helping stabilize families,” said Supervisor Kathryn Barger. “I am a proud supporter of their mission to end family homelessness, and commend their successful client-centered approach. I wholeheartedly know these funds will be put to good use and, most importantly, will help struggling families in this part of my district thrive.”

“Supervisor Barger has been a great advocate in addressing the homelessness crisis,” said Reverend Megan Katerjian, Door of Hope’s Executive Director. “She is taking a proactive approach by supporting prevention and understanding the vital role that faith-based organizations can play in this endeavor. “Safety is always Caltrans’ priority, so as a violent storm deluges our state, today we activated our electronic message signs to advise everyone to avoid unnecessary travel during the peak of the storm,” said Caltrans Director Tony Tavares. “If travel cannot be postponed, we urge motorists to drive slowly, allow themselves plenty of time and be especially alert.”

Earlier today, Governor Gavin Newsom signed an emergency proclamation throughout California to support the ongoing response to recent winter storms. Caltrans has activated its district emergency operation centers and is working with local partners to respond to the storm and be poised to recover from its damage. In addition, the department is:

• Prioritizing staffing, with more than 4,000 crew members working 12-hour shifts.
• Placing equipment at critical locations to prepare for flooding and mudslides to quickly respond to emergencies. Governor Declares State of Emergency Ahead of Potentially Damaging Storm

Gov. Gavin Newsom proclaimed a state of emergency throughout California Wednesday in advance of a major winter storm expected to dump potentially damaging amounts of rain.

According to the governor’s office, the declaration will bolster emergency response efforts while authorizing the mobilization of the California National Guard for disaster response. It also directed Caltrans to request immediate assistance from the Federal Highway Administration to expedite road repairs due to the storms.

“This state of emergency will allow the state to respond quickly as the storm develops and support local officials in their ongoing response,” Newsom said in a statement.

According to the governor’s office, state fire and rescue personnel have been pre-positioned across the state to quickly respond to emergencies such as mud and debris flows, flooding and landslides. Nearly four years after calling for the elimination of pepper spray at its juvenile halls, a frustrated Board of Supervisors Tuesday ordered its Probation Department to develop a plan to phase out its use in select housing units within 45 days while ensuring staffers are trained on other de-escalation techniques.

The board initially voted in February 2019 to eliminate the use of pepper spray in juvenile halls, but its use has persisted. In fact, a report released by the Probation Oversight Commission in November found that its use has actually escalated.

According to the report, pepper spray was deployed at Central Juvenile Hall and Barry J. Nidorf Juvenile Hall a total of 232 times between June and September of this year.

The report stated that the majority of young people being sprayed are identified by the county as “developmentally disabled,” kids who identify as victims of commercial sexual exploitation, and young people who are emotionally challenged. Los Angeles County will extend its eviction moratorium and tenant protections until at least Jan. 31, with the possibility of stretching them through June and creating a financial relief program for small landlords, under a measure approved by the Board of Supervisors Tuesday.

“The purpose of my motion today is to align with the city of L.A.,” said Supervisor Holly Mitchell said, who authored the motion calling for the extension of county protections — which were set to expire at the end of the year — until Jan. 31.

The Los Angeles City Council has already voted to end the city’s eviction moratorium and tenant protections on Jan. 31.

Mitchell’s motion also cited the surge of the “respiratory illness trifecta” of COVID-19, the flu and respiratory syncytial virus, or RSV, that could create further burdens for renters during the winter. Tenant protections were enacted by the county and many other jurisdictions at the onset of the COVID-19 pandemic and its public-health lockdowns that forced many people out of work. 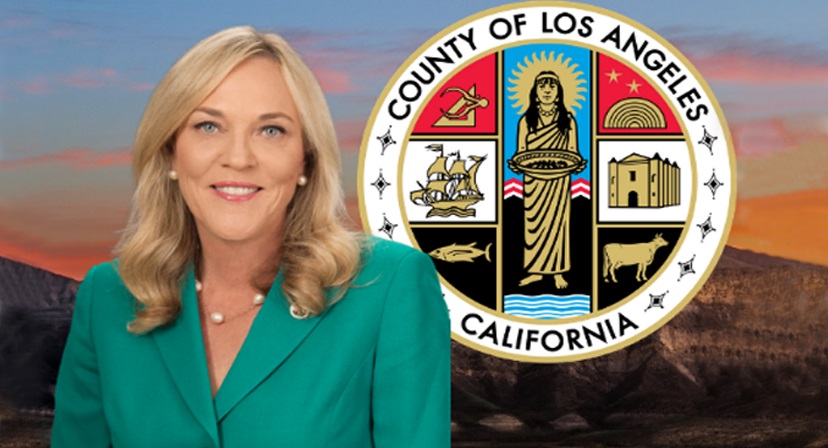 Today, Los Angeles County Supervisor Kathryn Barger announced she will provide up to $1 million in discretionary funding to boost law enforcement services in unincorporated areas in her district.

Her announcement comes as the busy holiday shopping season approaches – and, along with it, an increased threat of crime.

“This month’s busiest holiday shopping days are quickly approaching and the threat of increased criminal activity is real,” said Supervisor Kathryn Barger. “Last year’s smash-and-grab crime wave taught us we need to be ready to prevent theft before it happens. The funds I’m allocating to Sheriff stations in the Fifth District will help provide more law enforcement patrols and increase their presence in the communities I represent. Everyone deserves to feel safe during the holidays, whether they work in retail, are out shopping for loved ones, or simply enjoying time off at home.” Incoming Los Angeles County Sheriff Robert Luna said Wednesday a 28-year department veteran will serve as his interim undersheriff, becoming the first woman to hold the position in the history of the sheriff’s department.

Luna also announced that Jason Skeen, currently the commander of Personnel Command, will serve as his interim chief of staff. Skeen is also a 28- year department veteran.

The appointments are both considered interim during Luna’s transition into the office beginning Monday. A swearing-in ceremony is scheduled for Saturday.

“Both of these talented and experienced law enforcement leaders share my vision of a sheriff’s department that is effective, compassionate and constitutional, and I look forward to serving with them starting on December 5th,” Luna said in a statement.

As undersheriff, Tardy will be the department’s second-in-command.

“I’m honored that Sheriff-elect Luna has confidence in me to serve as undersheriff of the L.A. California Highway Patrol officers will be out in force over the Thanksgiving weekend, on the lookout for people driving drunk or impaired, or violating other traffic laws, authorities announced Monday.

“As millions of people venture out for the Thanksgiving holiday, the CHP is preparing for one of the busiest travel weekends in the nation,” CHP Commissioner Amanda Ray said in a statement.

The CHP’s “maximum enforcement period” will begin at 6:01 p.m. Wednesday and continue through 11:59 p.m. Sunday.

“As with every holiday, the CHP will work to keep motorists safe as they travel to gatherings with friends and family,” Ray said. “Our officers will be on patrol to take enforcement action as necessary and to provide assistance to motorists who are stranded or in need of help on the side of the road.” 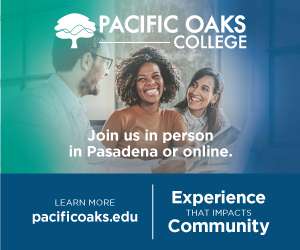