Altadena Sheriff’s deputies talked a distraught man with a knife in the dining area of a local McDonald’s restaurant into surrendering the weapon Tuesday afternoon.

Deputies arrived at the McDonald’s located at the corner of West Woodbury Road and Lincoln Avenue within one minute of receiving the 911 call at about 5 p.m., authorities said.

“We… were able to reason with him,” deputies reported on social media.

The deputies called the Los Angeles County Fire Dept. to the scene after the man surrendered the knife.

The man was transported to a local hospital, deputies said.

There were no injuries during the incident, authorities said. The Altadena Sheriff’s Station will be taking in all types of unwanted prescription drugs at a special event on Wednesday, October 3 from 7 a.m. to 11 a.m.

The Station is located at 780 E. Altadena Dr. in Altadena, just west of Lake Avenue,

The “take back” event is being conducted to prevent abuse and theft by ridding homes of potentially dangerous expired, unused, and unwanted prescription drugs.

The service is free and anonymous, and no questions will be asked.

In a statement, the Station said medicines that languish in home cabinets are highly susceptible to diversion, misuse, and abuse. Rates of prescription drug abuse in the U.S. are alarmingly high, as are the number of accidental poisonings and overdoses due to these drugs.

Studies show that a majority of abused prescription drugs are obtained from family and friends, including from the home medicine cabinet. In addition, Americans are now advised that their usual methods for disposing of unused medicines—flushing them down the toilet or throwing them in the trash—both pose potential safety and health hazards. 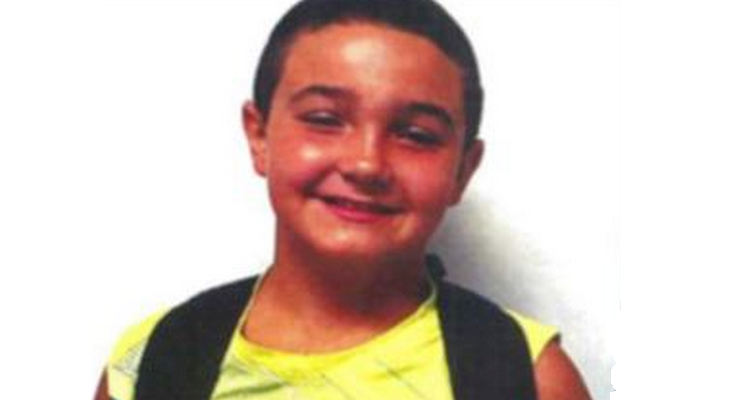 Have You Seen This Boy?

Altadena Sheriff’s Deputies are asking you to keep an eye for a missing 11-year-old boy.

Kayson McLane was last seen walking away from his school in the 3100 block of Glenrose Avenue in Altadena at about 10:45 a.m. on Tuesday morning, detectives said.

He has run away in the past and may be hanging out in the nearby area.

Anyone with information about this incident is encouraged to contact the Los Angeles County Sheriff’s Department’s Altadena Station, Sergeant Parkhurst or Detective Taylor at (626) 798-1131.

If you prefer to provide information anonymously, you may call “Crime Stoppers” by dialing (800) 222-TIPS (8477), use your smartphone by downloading the “P3 Tips” Mobile APP on Google Play or the Apple App Store or by using the website http://lacrimestoppers.org

Altadena’s Crime Blotter for the Week of Saturday, September 22nd

Altadena’s Crime Blotter for the Week of Saturday, September 15th Rhodes is a 16-year-old African America who was last seen at his group home on the 2900 block of El Nido Drive, Altadena, Tuesday, September 18 approximately 9:30 p.m.

DeJuan is described as 5’08” tall, 138 lbs., with short black hair, and brown eyes. He was last seen wearing a white t-shirt, and dark blue shorts.

He is diabetic, insulin dependent, and requires additional medications. His family and caregivers have not seen or heard from him. They are very concerned and asking for the public’s help in located him.

Anyone with information about this incident is encouraged to contact the Los Angeles County Sheriff’s Department’s Altadena Station (626) 798-1131.

If you prefer to provide information anonymously, you may call “Crime Stoppers” by dialing (800) 222-TIPS (8477), use your smartphone by downloading the “P3 Tips” Mobile APP on Google Play or the Apple App Store or by using the website http://lacrimestoppers.org

Altadena’s Crime Blotter for the Week of Saturday, September 1st

3:25 AM – Maria Ahumada, 25 years old of Los Angeles was arrested in the 300 block of Mountain View Street for drunk in public.
11:00 PM – A battery occurred in the 2900 block of El Nido Drive. Suspect was taken into custody.

12:44 PM – A vehicle was reported stolen from the 2100 block of Lincoln Avenue. Vehicle described as a black 2013 Honda Fit. Vehicle was recovered by CHP.
4:20 PM – A battery occurred in the 2900 block of El Nido Drive. Suspects were taken into custody.

In the six months since I was appointed to the Altadena Library District Board of Trustees, there have been critical reports about conflicts embroiling the District that began long before my arrival. After I was elected President in April, we began steadily inching toward a resolution that will allow the District to move forward into a positive future and begin a necessary season of healing. I want to reassure the residents of Altadena and our neighboring communities that although we may have our differences among ourselves, our current Board takes its responsibilities extremely seriously and is working hard to right our ship.

The role of any Trustee is weighty. In Altadena we know that the well-being of this treasured community institution has been passed down to us, hand to hand, since it was founded almost 100 years ago. We are volunteer public servants, and we take the same oath as every other elected official to “preserve, protect, and defend the Constitution of the United States.” In unincorporated Altadena this responsibility takes on added weight; One Trustee ignores the proceedings and reads a magazine, while the Board President mistakenly adjourns the meeting before completing the agenda

[Updated] In a Special Meeting that was both bizarre and fractious, the Altadena Library District Board of Trustees voted Wednesday to install a “gap” employee to temporarily serve as library director in the time period following the upcoming departure of Interim Director Ryan Roy, and before the Board hires a new interim director.

Interim Public Services Director Stella Terrazas was asked by the Board to assume the position of library director beginning September 22, when Roy will have departed the position.

The Board also voted to form an subcommittee to make recommendations to the Board for a new interim “or long term” library director. The new subcommittee would be made up of Board President Betsy Kahn and Board Member Terry Andrues.

The meeting was bookended by two awkward incidents, one seemingly on purpose, and the other “accidental.”

Following roll call and throughout the public comments section of the meeting,

Diane Marcussen, Chair, Altadena Town Council Land Use Committee, has issued the agenda for the Land Use Committee meeting for September 4, 2018 meeting to be conducted at the Altadena Community Center, 730 East Altadena Drive, starting at 7:00 p.m.

7. Action Items – The committee is expecting to take action on this item