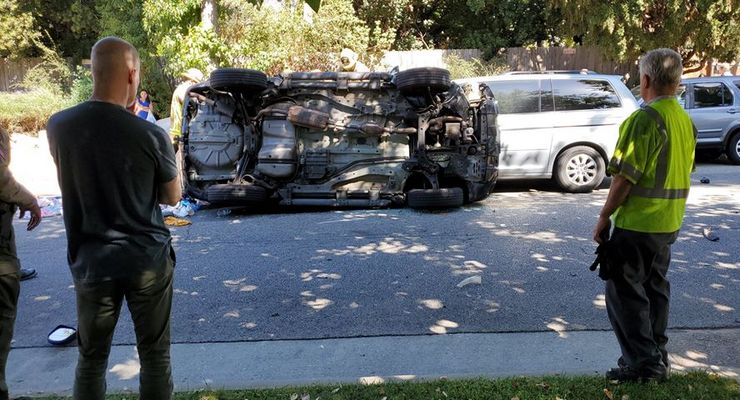 The Los Angeles County Coroner’s Office has identified the woman who died Tuesday about noon after the car she was driving with two young children as passengers overturned and then struck an oncoming minivan on Woodbury Road on the Altadena-Pasadena border.

She was 32-year-old Lisa Polanco, the Coroner’s Office said, reportedly an Altadena resident.

The two children, both under 10 years of age, survived.

A California Highway Patrol spokesperson said investigators are attempting to determine why the SUV overturned. Initial reports indicate Polanco may have clipped a parked vehicle first.

CHP Sergeant Bender said that the driver of the minivan was uninjured.

The north side of Woodbury Road in this area is Altadena, the south side is Pasadena. The incident was responded to by Altadena Station deputies, Los Angeles County Fire crews and the California Highway Patrol. 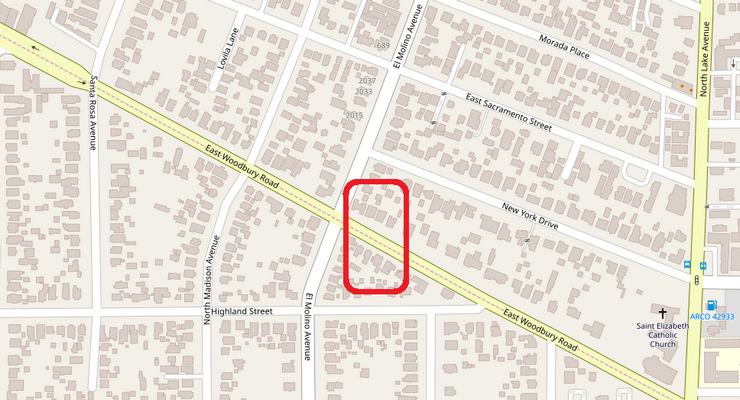 Woman Driver of SUV with Two Child Passengers Dies After Car Overturns and Is Rammed; Children Not Seriously Hurt

A woman driving an SUV with two children as passengers eastbound on Woodbury Road just east of El Molino Ave. about noon Tuesday died after her car overturned and apparently was then struck by an oncoming minivan.

The two children, both under 10 years of age, survived. They were transported to a local hospital for “precautionary reasons,” authorities said.

As of Wednesday morning, the woman’s identity had not yet been made public.

A California Highway Patrol spokesperson said investigators are attempting to determine why the SUV overturned. Initial reports indicate the driver may have clipped a parked vehicle.

CHP Sergeant Bender said that the driver of the minivan was uninjured.

The north side of Woodbury Road in this area is Altadena, the south side is Pasadena. The incident was responded to by Altadena Station deputies, Los Angeles County Fire crews and the California Highway Patrol. The story of the San Gabriel Mission Tonva revolt led by California’s Joan of Arc, Toypurina, will be told at Altadena Historical Society’s October quarterly program, on Monday, Oct. 28.

The program, open to the public, will begin at 7 p.m. at the Altadena Community Center, 730 E. Altadena Drive, Altadena. The program is free to Historical Society members; donations from non-members are appreciated.

Kat High, a Hupa Indian from Northern California, will lead this engaging and informative talk about an important time in San Gabriel Valley history, through the story of this remarkable woman’s bravery, leadership, and wisdom.

In 1785, soon after the San Gabriel Mission was built, a group of Tongva tribe members revolted against the Spanish. One of the leaders of this revolt, Toypurina, was a young medicine woman known today as the Joan of Arc of California.

Angered by the theft of Tongva lands and the disruption of the Tongva way of life, The Altadena Sheriff’s Station issued a statement Wednesday night saying deputies were “doing everything we can to be prepared for any emergencies that may arise” during a potential electrical power shutoff by Southern California Edison (SCE) Thursday, October 10, and Friday, October 11.

SCE said that in response to the Santa Ana conditions, it is considering widespread Public Safety Power Shutoffs to reduce risk of wildfires.

“During these events, we will proactively turn off power in high fire risk areas to reduce the threat of wildfires,” an SCE statement said. “Turning off our customers’ power is not something we take lightly, but PSPS events are one of the ways we can better ensure the safety of the public, our customers, and our employees.”

The electrical shutoffs would not affect customers of Pasadena Water and Power.

Altadena Station deputies reminded Altadenans to make sure that their residences are locked and secured as alarm systems may not work during power outages. Pickleball is Back at Farnsworth Park

After having been closed for refurbishing since July 15, Farnsworth Park’s courts will open this Monday, October 7 for pickleball from 6 – 9 p.m. with the following weekly schedule:

To all beginners, those of you who have wanted to try this “pickleball” thing out, now’s the time. The weather is lovely, the view spectacular (most of the time) and there are newly refurbished courts. Equipment is provided at Farnsworth Park; you provide proper court/tennis shoes. Free lessons for beginners will be offered on Thursday evenings from 6 to 7 and Saturdays from 9 to 10.

Some interesting information about the game:

• No partner required; you play with whoever is at the court;
• No reservation required; just show up on any day on the schedule during the posted times;
• It’s an inter-generational game; 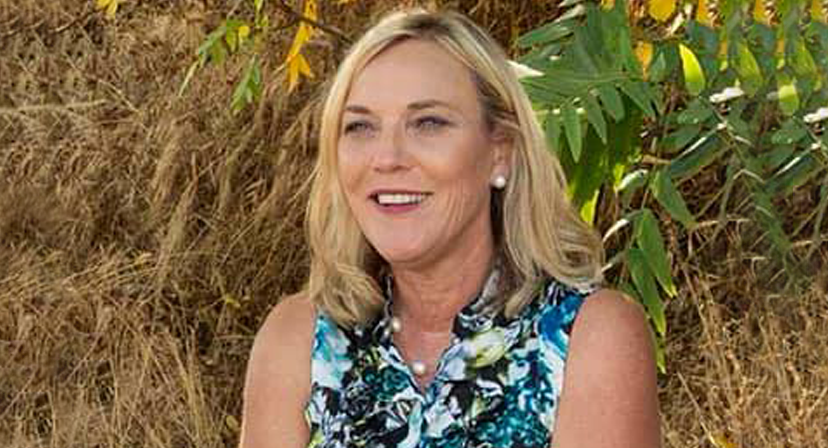 Supervisor Kathryn Barger announced that the Board of Supervisors approved a $36.1 billion final budget that places a strong emphasis on critical issues affecting county residents.

“In addition to a $600 million Rainy Day fund, which will be held in reserves for the next economic downturn, our County CEO has presented a balanced and fiscally-responsible budget that provides needed services to our residents and prioritizes child welfare, public safety and homeless services.

Public safety is a top priority and funding for Sheriff’s Department recruitment will enable more deputies to be on patrol in our communities. To improve protection of children in our care, particularly in the Antelope Valley, we are implementing Continuous Quality Improvement Teams and adding vital resources to improve services in the Palmdale and Lancaster offices of the Department of Children Services. This investment will improve child safety in the Antelope Valley and countywide.

Additionally, we allocated $7.6 million to provide transportation for foster youth who want to remain at their school. 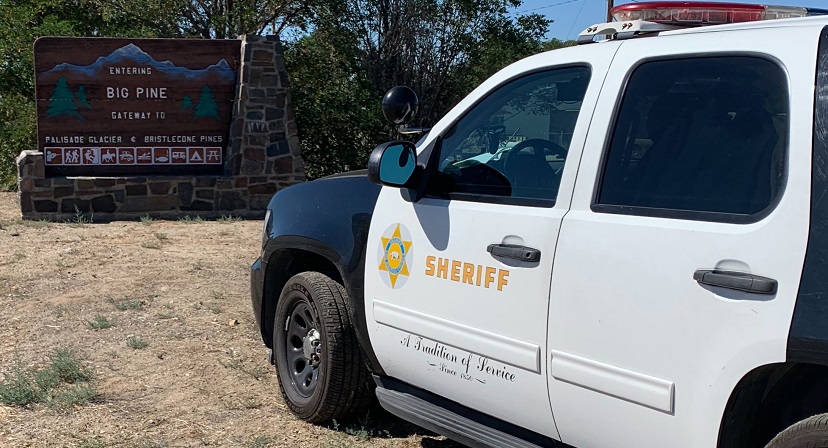 Altadena’s Crime Blotter for the Week of Saturday, September 21st

1:00 AM – A spousal battery occurred in the 2100 block of N. Hill Avenue. Suspects were taken into custody.
Between 4:00 AM and 5:40 AM – A vehicle burglary occurred in the 2100 block of N. Lincoln Avenue. Suspect(s) entered the vehicle by shattering the window. Stolen: black Herschel backpack, green backpack, black cellphone charger and currency.
4:20 PM – A vehicle was reported stolen from the 500 block of W. Palm Street. Vehicle described as a black 2004 Toyota Tacoma. Vehicle was recovered the same day by LASD Altadena.

6:02 PM – An assault with a deadly weapon occurred in the area of Allen Avenue and Oakwood Street. Suspect was taken into custody.

Between 10:30 AM and 1:00 PM – A residential burglary occurred in the 400 block of Wapello Street. Suspect(s) entered the residence by cutting the window screen. Stolen: gold ring with ruby, About the transition, Cleary said, “My work over the past several months has been focused on establishing a more stable foundation for our District, upon which my replacement can build. I am proud of what the Trustees and staff have accomplished during my tenure and feel confident that Ms. Winslow’s breadth of experience makes her the ideal candidate to keep the Altadena Libraries moving forward with positive momentum.”

Ms. Winslow has more than 14 years of experience innovating in library systems. She graduated from University of Nevada, Las Vegas with a Bachelor’s degree in Political Science in 2001 and from the University of North Texas with a Master’s of Library and Information Science in 2005. Her most recent post was Assistant Director for the Glendale Library,

Altadena’s Crime Blotter for the Week of Saturday, September 14th

Between 6:00 AM and 5:00 AM (Monday) – A vehicle burglary occurred in the 2000 block of Summit Avenue. Suspect(s) entered the vehicle by shattering the window. Stolen: handicap placard.
8:40 PM – Frances Banuelos, 21 years old of Pasadena was arrested in the area of Lake Avenue and Atchison Street for possession of a controlled substance. Both politicians appeared before a packed auditorium Saturday morning at a joint “Town Hall” meeting at Altadena Elementary Arts Magnet school to discuss a wide variety of subjects ranging from parking to the Dodgers.

Portantino, battling a cold, had just left a long “last day” session of the State Legislature at three a.m. hours before, and boarded a 6:15 am flight to Burbank. But he was also eager to discuss his bill to deal with the 710 Freeway “stub” in Pasadena.

His bill, SB 2, provides a specific provision to allow Pasadena to claim and develop the portion of the freeway near California Boulevard. The bill would also give the City the ability to negotiate with Caltrans the fate of a number of nearby houses and properties, 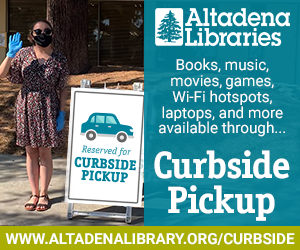