Set under the sheltering branches of ancient coastal live oaks, the artists will exhibit their work in the restorative setting of Wildwood Park. Hidden from the street, a wandering path leads into this secluded canyon featuring homes designed and renovated by Henry Greene. 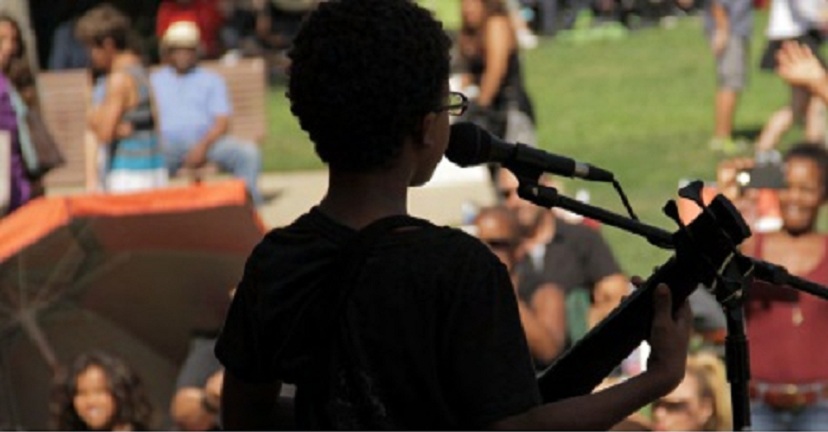 The Pasadena Educational Foundation is calling all Altadena Teen Musicians to sign up for its 2nd Annual Battle of the Bands.

Showcase one’s music in PEF’s online voting competition, plus get heard by PEF’s expert panel of judges, and you might get chosen, organizers say.

Selected bands will be chosen to play at the Battle of the Bands concert on September 20, 2015 at the Levitt Pavilion in Old Pasadena.

The Winner of the Battle of the Bands will be the opening act for the Second Annual ROCK 4 PEF concert on October 4, 2015, and more.

Those don’t have a band yet can still win a spot to play ROCK 4 PEF with America’s Got Talent’s Taylor Mathews, so give this a try, they urge.

The weekend of April 18 and 19 showcases books, games, and more at the LA Times Festival of Books. Local publisher Bitingduck Press will display a booth at the festival highlighting this Spring’s catalog, some upcoming titles, and a patented system for selling e-books through any retailer.

For the fourth year in a row, the Bitingduck Press owner Jay Nadeau will be traveling from her home in Altadena to the Festival by bicycle, and encourage questions about bike commuting as well as submissions about green living, particularly the car-free lifestyle.

Just about to be released is Bill Bunn’ s “Kill Shot,” a young adult adventure about a Labrador teen who finds the remains of a sunken World War II U-boat. The text alternates between the boy’s adventures in the present day and the drama that led the German crew to perish in a Canadian river seventy years ago. The story is fully fictional, but is based upon the discovery of a U-boat off the shore of Eastern Canada. 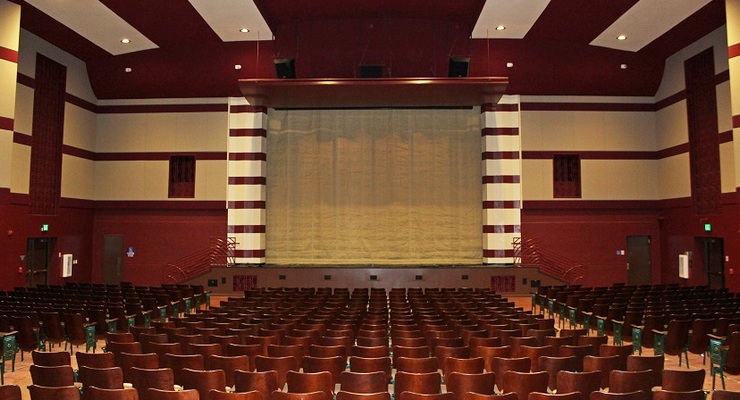 Charles W. Eliot Middle School in the Pasadena Unified School District (PUSD) received a federal grant in October 2013 to transform into Eliot Arts Magnet, a premier middle school focused on visual and performing arts. In the past year, dedicated teachers and staff have repurposed facilities to host new art spaces, built lasting partnerships with renowned arts organizations, and undergone intensive training in the arts. Thanks to voter approved Measure TT, Eliot’s auditorium has undergone a major modernization which will be unveiled Thursday, April 30 at 5:00 p.m. as part of Eliot’s Grand Reopening.

The event will celebrate the school’s transformation in becoming an arts magnet with the ribbon cutting ceremony for the newly refurbished, state-of-the-art auditorium. The auditorium will be named after Carl Roeder, an industrial arts teacher who taught at Eliot for most of his 41 years with PUSD and never missed a day of work. Following the ribbon-cutting, guests are encouraged to stay for Metamorphosis, the annual spring open house and arts showcase featuring student performances and tours of the new arts facilities from 6:00 p.m.

The agenda appears below and may be viewed as a pdf here. 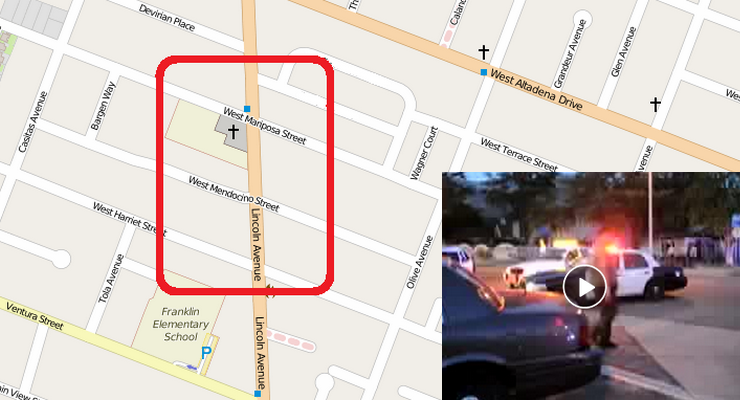 A group of teenagers were unhurt after shooters in a car fired multiple shots at them in a drive-by attack last night about 7 p.m. near Lincoln Avenue and West Mendocino Street, authorities said.

“We had a shooting at a group of individuals that apparently were walking here on Lincoln,” Los Angeles County sheriff’s Lt. Cruz Solis told the Pasadena Star-News. “The suspects were driving a dark colored car, possibly a [Dodge] Charger.”

Both patrol officers and gang detectives responded to the scene, and bullet casings reportedly were found.

Solis told the Star-News that the victims are not believed to have gang affiliations. 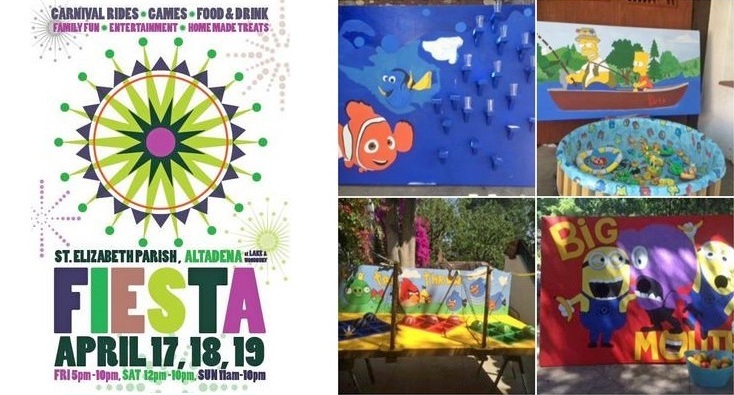 The Fiesta is a family event with fun events for all ages.

For more information contact the St. Elizabeth Parish at (626) 797-1167 or email info@saintelizabethchurch.org. 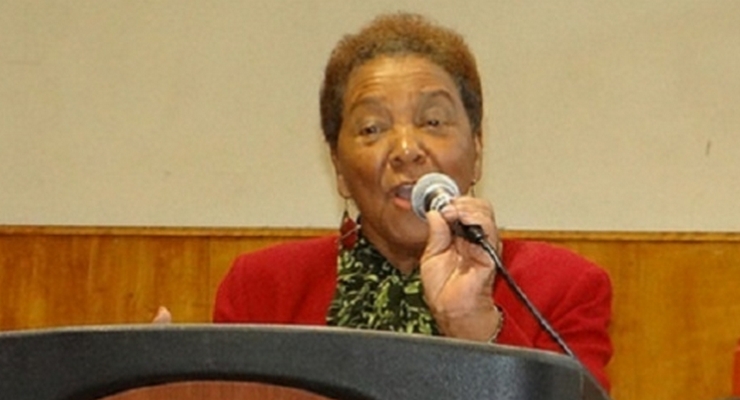 Dr. Jacobs is President/CEO of Aspire West and the Pasadena Student Success Center. She is particularly well known for her former work as Vice President of Instruction at Pasadena City College.

Rep. Chu will speak at the event and recognize the honorees.

“I am so proud of the honorees and their incredible contributions to our district,” said Chu. “This year’s women are teachers, executives, scientists, activists, entrepreneurs, community leaders, volunteers, and professionals. Each was nominated by somebody in their community in recognition and appreciation of their hard work. And with this award each year, I look forward to this opportunity to express our appreciation as well.” 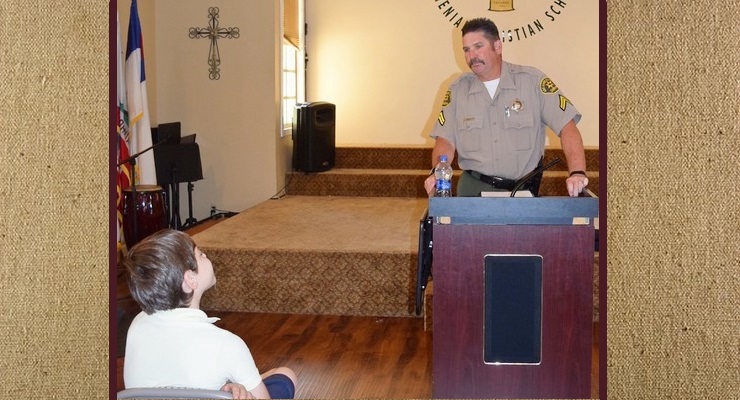 Students Discuss and Learn About Bullying, Cyberbullying and to Deal With Them

Students at the Sahag-Mesrob Armenian Christian School spent time Thursday thinking, discussing and learning about bullying and cyberbullying as they were led through a presentation by Deputy Scott Rule of the Altadena Sheriff’s Station.

The students were separated into smaller groups and were shown a PowerPoint presentation and had a discussion with Deputy Rule.

Rule explained what Cyberbullying consists of, and the different types of media that bullying can take place. The students were also given the tools on how to prevent all forms of bullying.

Approximately 200 students participated in this presentation.

The Sahag-Mesrob Armenian Christian School is located in the 2500 block of Maiden Lane. 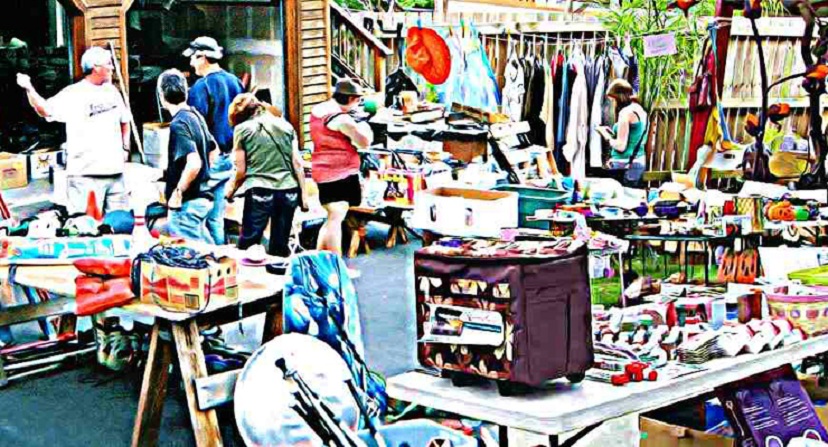 [Updated!]  Here, for your bargain-hunting pleasure, is our list of selected Garage and Yard Sales for this weekend:

I am selling Collectible Vinyls/vintage 60’s,70’s & 80’s New Wave, Rock and More! You may find the one you are looking for. Awesome music/records from $1.00 and up

A Little Bit of Everything For Sale! Furniture, electronics, clothing, books, DVDs, CDs, LOTS of toys, and much more! Don’t forget to grab fresh coffee and a donut before you leave.