ALTADENA NAACP ACT- SO Olympics of the Mind 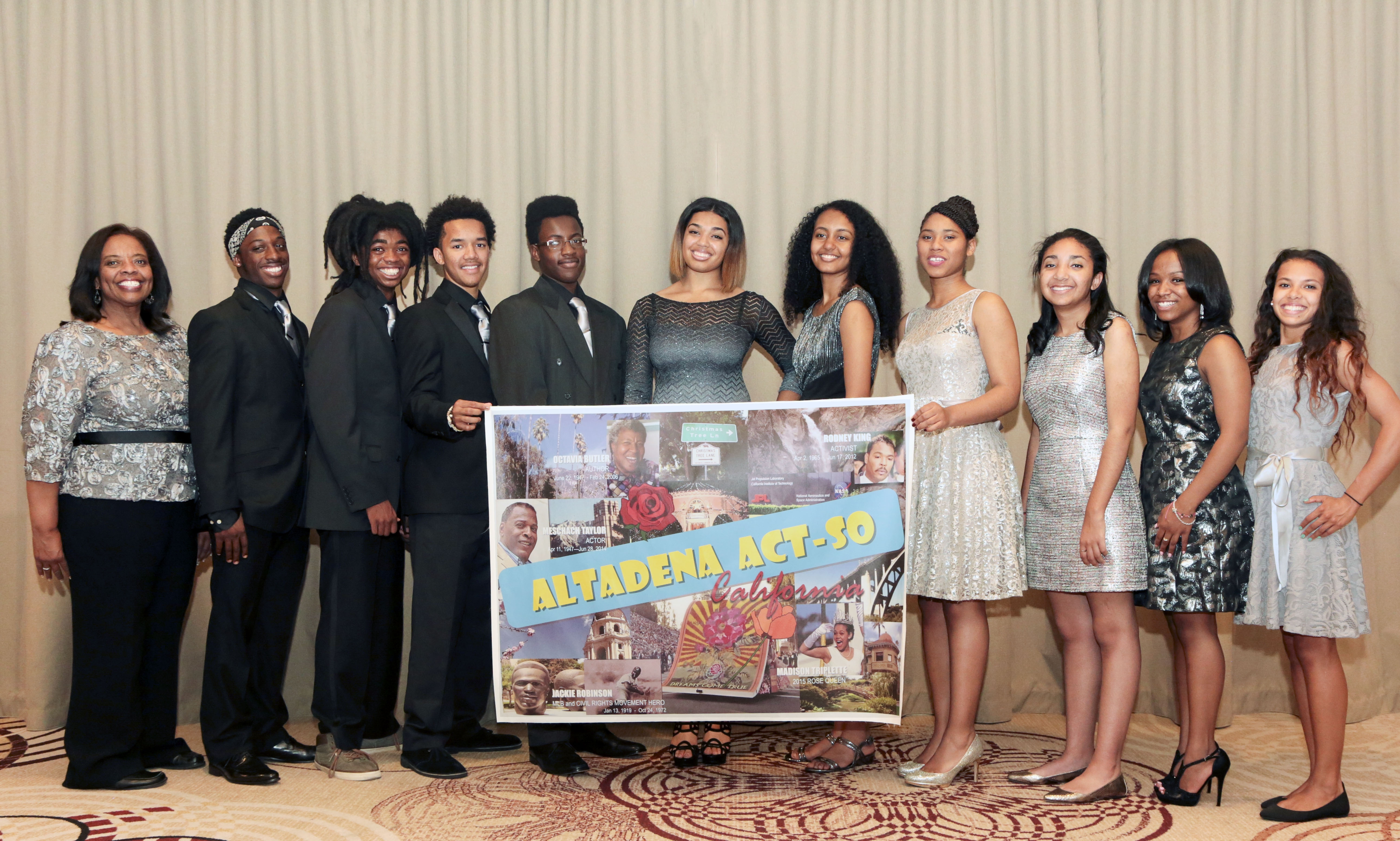 The Altadena Branch of the National Association for the Advancement of Colored People (NAACP) has won three medals in the Academic, Cultural, Technological and Scientific Olympics (ACT-SO) 38th Annual Competition in Philadelphia Pennsylvania on July 12th, 2015.

Often called the “Olympics of the Mind,”ACT-SO, a National Youth Initiative of the NAACP, is a yearlong enrichment program sponsored by branches of the NAACP in various communities throughout the nation. The Olympics is designed to stimulate, improve and encourage high academic and artistic achievement, and cultural awareness among ninth- through 12th- grade high school students.

Each ACT-SO Olympian awarded a gold medal at the local competitive level qualifies to compete in the national finals. The national finals are held each summer in conjunction with the NAACP National Convention. This year, the competition was held in Philadelphia.

The Altadena NAACP has competed in each national competition since 1997 and has won 33 National Medals from bronze to gold during that period. This year, Altadenasent 10 local students to compete with nearly 700 students from different communities in 14 of the 27 categories offered by the competition. Three of the Altadena Olympians competed in more than one category.

Jamael Dean competed in the music composition and instrumental contemporary categories. He won the National Gold Medal for his jazz piano arrangement of “Shed” written by Aaron Goldberg.

Omar Wiseman competed in Painting, Drawing and Filmmaking andwon a National Silver Medal for his animation entitled “The Creative Process.” The judges praised the sound effects and his great use of animation approaches. Omar will be attending Cooper Union in New York on scholarship.

her scatting, a skill not mastered by many jazz vocalists. The five judges in this category unanimously considered her a “pro.” Darynn will be attending the New England College of Music on scholarship in the fall.

The national medals are awarded in an Olympic-style ceremony.  This year, the mistress and master of ceremonies were the brother and sister from the hit comedy series “Black-ish,” Marcus Scribner and YaraShahidi.

In addition to Darynn Dean and Omar Wiseman, the Altadena NAACP will be losing many of its outstanding Olympians who will be going to college in the fall.

Olivia Rivera will attend Samford Universe in Alabama. Lilian Paris is going to Langston University, a historically black college in Oklahoma. Wayne Mackins Harris goes to Fordham University, NY, and OlefemiOyekan will be going to the Colorado State University to study Bio-chemical engineering.

For more information about Altadena NAACP and ACT-SO, please call Wilberta Richardson, Chairperson of the ACT-SO Committee at (626)222-2189, or email her at Wil10low@aol.com.