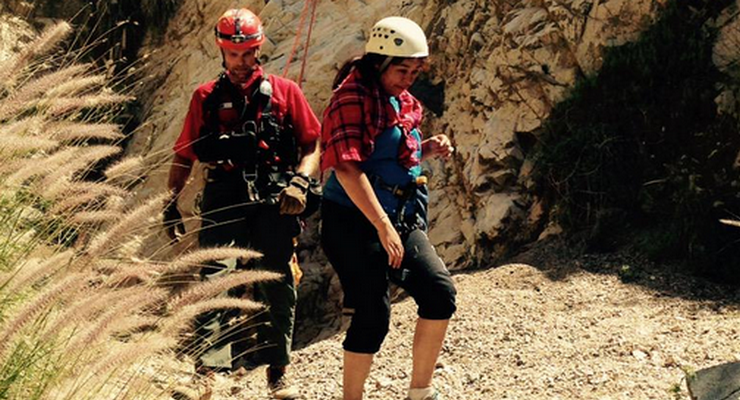 With thanks to Deputy Dan Paige

As law enforcement types will undoubtedly tell you, calls for service often turn out to be very different from what they think they are getting into in, going in.

That’s exactly what happened Saturday about 3:15 p.m. when Altadena Search and Rescue crews were activated by Sierra Madre Search and Rescue Team to assist in the rescue of a hiker hanging from a cliff in the area of Upper Winter Creek Trail in the Angeles National Forest, Deputy Dan Paige said.

The Altadena team was scouring the Mt. Wilson Toll road near the Upper Winter Creek Trail when they located a three adult hikers, one man and two women.

It turns out the trio were the same people who earlier had been reported as a single person hanging from a cliff. The male hiker apparently was hiking when he stepped on the loose dirt, the trail gave way and the hiker fell, however he was able to rescue himself.

Paige says that staff from Mt. Wilson Observatory drove the hikers to their vehicle, which was located at the Observatory.