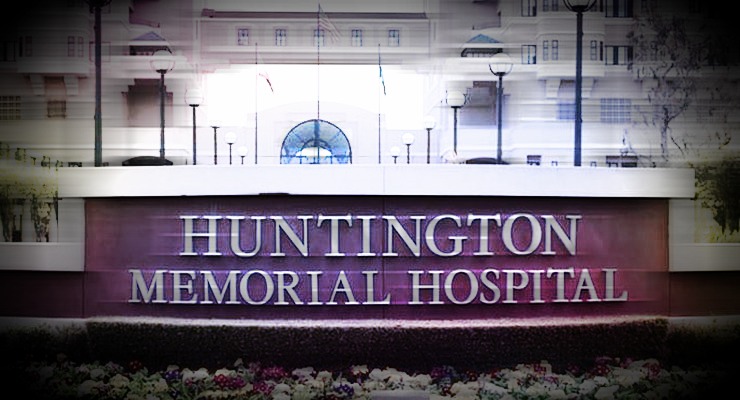 Steve Ralph, President and CEO of Huntington Memorial, released a statement last week confirming that federal auditors from the Centers for Medicare and Medicaid Services (CMS) were in the hospital and that “elective surgeries were temporarily halted Monday evening and resumed Tuesday.”

Ralph gave no specific explanation for stopping the surgeries other than to say that “as with any audit, business as usual can be disrupted.”

Huntington Hospital’s Manager of Public Relations and Media Derek Clark did not respond to two emails and three phone calls seeking comment on the nurses’ version of last week’s events.

The shutdown of all 17 operating rooms at once is said to be unprecedented at Huntington Hospital.

According to the three Huntington Hospital Surgical Services nurses (two current and one former), the federal inspectors found mistakes in the assembly techniques of surgical trays which rendered the contents “not sterile.”

“When they encountered the same situation in three trays, the auditors ordered that the entire inventory of trays had to be taken down and reprocessed,” alleges Tina Gold, a former Huntington Hospital OR nurse who says she is in almost-daily touch with her previous colleagues. “This massive undertaking led to the cancellation of 38 elective [surgery] cases.”

Both nurses met with a Pasadena Now reporter, separately, and presented current California Board of Nursing registration cards and Huntington Hospital identification cards as proof they currently work in the hospital’s Surgical Services, also known as the OR. Each declined to be named in this story.

If true, the original investigation into a reported superbug outbreak at Huntington Hospital involving a small number of patients being treated with a specialized scope has led to the discovery of potentially larger problems with cleanliness, possibly carrying far-reaching implications for more patients.

The hospital’s website says that more than 10,000 surgeries are performed at the Huntington Hospital every year.

“It’s huge,” said one of the OR nurses, who explained the allegedly improperly sterilized instruments are also used outside the OR and throughout the hospital – from the delivery room to the emergency room to patients’ bedsides.

It is possible, the nurses say, that “all the other departments requiring sterile instrumentation” may have been issued, and used, improperly sterilized instruments for some time prior to the CMS inspection last week.

Each of the three nurses who spoke with Pasadena Now claimed she had become accustomed to opening improperly sterilized surgical trays in the past, returning them to the hospital’s Central Supply unit (CS) and reporting them to supervisors.

Separately, each nurse described having repeatedly been issued closed surgical ratchets and clamps in sterilized surgical trays — a serious procedural error because when those instruments are closed, bacteria-laden surfaces cannot be accessed and sanitized by the sterilization process.

Each also described being issued instruments without sterilization indicator tags (strips which change color during sterilization to prove their aseptic integrity) or still bearing old labels and strips from previous surgeries.

The surprise inspection by CMS was likely triggered by a report of three patient infections in a suspected superbug outbreak thought to be related to the hospital’s use of a specialized medical scope connected with other infections across the United States.

Those infections all relate to the use of the Olympus Corp. duodenoscope. Federal regulators have said that design of this scope renders the tip difficult to clean properly and that can result in the transmission of potentially deadly bacteria from patient to the next.

The Centers for Medicare and Medicaid Services (CMS) is part of the Department of Health and Human Services. CMS administers Medicare, Medicaid, the Children’s Health Insurance Program and parts of the Affordable Care Act.

“The matter remains under investigation,” Boyer continued. “The agencies involved are working together, including PPHD staff, and the hospital is cooperating in the issues as the situation develops.”