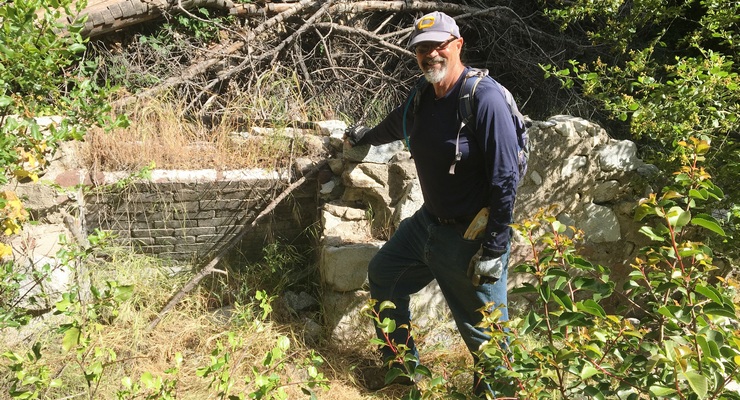 Once-popular trails in the front range of the San Gabriel Mountains that have fallen into disrepair or disappeared will be rediscovered by historian Paul Ayers in a 7:30 p.m. Monday April 23 program at the Altadena Historical Society.

Ayers, an attorney and San Gabriels historian, will illustrate his talk with some of the scores of vintage photographs and postcards he has collected over 25 years of researching and restoring Altadena trails.

He will share his research methods, which include using historic aerial photographs, old maps, trail artifacts, and personal exploration.

Altadena Historical Society has endorsed Ayers’s ongoing project of locating once-popular campsites that flourished across the front range of the San Gabriels, but have mostly reverted to a natural state.

The society, founded in 1935 and Altadena’s oldest non-profit community group, is currently featuring an exhibit of “Five Men Inspired by the San Gabriels” in its museum at the Community Center.

The society museum and archives are open 9 a.m. to 1 p.m. Mondays, Tuesdays and Fridays, and also from 2 to 4 p.m. on the first Saturday of each month.