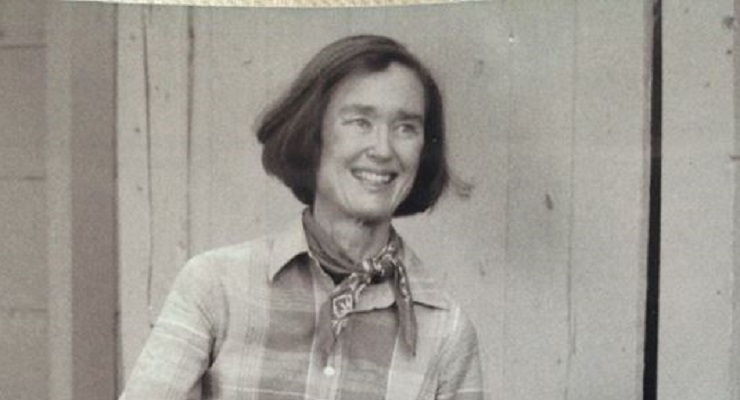 [Editor’s note:  This story originally reported an incorrect birthdate for Desdy Kellogg. We offer our sincerest apologies to the family. That date has now been corrected.]

Jane “Desdy” Kellogg Baggott, owner of Altadena Stables, has passed away. She was 90.

On April 1, an entry on Altadena Stables’ Facebook page announced her passing on March 31, 2016.

“A sad day for Altadena Stables, Desdy Kellogg-Baggott, passed yesterday,” the post said. “Her compassion for others, incredible horsemanship, and artist skills, will be missed and never forgotten.”

Desdy Kellogg Baggott was born as Jane Catherine Jackson in La Jolla, California on November 6, 1926, to William and Helen Jackson. She once said of La Jolla, “I was born there so long ago that the most controversial issue in town was whether or not to remove the horse watering trough from the center of Girard Avenue.”

Janell Gruss, barn manager at Altadena Stables, said Desdy Baggott has been an accomplished horse woman most of her life.

“She’s been an owner, trainer, instructor,” Gruss says. “As an animal activist, she has rescued several animals. She just loved animals.”

Gruss said Baggott was also an accomplished sculptor and painter and was active in the Altadena art scene for a long time.

After Desdy and William Kellogg married in 1950 in La Jolla, they initially set up house in Santa Paula, where they published the Santa Paula Chronicle, but they soon moved to Altadena where they raised their family of four children.

Desdy eventually remarried after Will’s passing in 1989. She and husband Charles Baggott moved to La Canada, where they have resided for the rest of her life.

Her family said she fought a long and hard battle with cancer, extending her life for more than two and a half years beyond the initial pronouncement of three months. During those two and a half years, she made the most of her extra time on earth and accomplished more in that time than many people accomplish in a lifetime. This was a testament to the amazing and talented woman she was, her family said.

When Desdy passed away in La Canada, her daughter Jane Kellogg was by her side.

Prominent equestrienne and realtor Meredith McKenzie announced Desdy Baggott’s friends are planning a “horse parade” in her memory at a future date.

“Her compassion for others, incredible horsemanship, and artist skills, will be missed and never forgotten,” McKenzie said. “This amazing woman kept horseback riding alive in Altadena for many years.”

She is survived by her husband Charles; her brother, Robert Jackson; her four children William, Robert, Frederick and Jane Kellogg; twelve grandchildren and six great grandchildren.