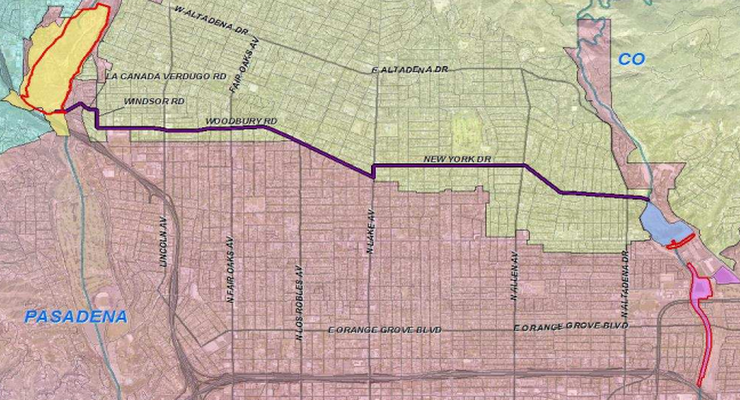 Los Angeles County officials are expected during a Tuesday evening public meeting at the Altadena Community Center to answer questions and address the concerns of Altadena residents about a planned 2018 construction of a five-mile long pipeline intended to bring much-needed water to local communities.

Officials will explain during today’s 7:30 p.m. meeting at the center, at 730 E. Altadena Drive, that the Stormwater Flood Management Project will divert excess flows from Devil’s Gate Dam and Reservoir to the Eaton Wash Spreading Grounds refilling an aquifer used by several local communities — including but not limited to Altadena — as a water supply source.

And, as of now, any environmental or aesthetic impact to the community is unclear, according to Keith Lilley of the County of Los Angeles Department of Public Works’ Water Resources Division.

“There’s still a lot to do, a lot of information to gather and studies to complete,” Lilley said. “They (officials) are still working on the details.”

What is clear is that there will be no use of lead piping during the construction.

“So no, the concern about using outdated lead piping,’’ Hayward said. “It’s not a good concern.”

“The only thing I noticed that people will really get upset on New York Drive is, if they’re going to pull out the palm trees,’’ Joyce said. “If you start pulling out palm trees, you’re going to have everybody on the street coming out fighting it.”

“Although this project is still years away from construction, I can safely say that we will not have to remove any of the palm trees along New York Drive,” added Kerjon Lee, Public Affairs Manager for the Los Angeles County Department of Public Works.

The planning and preparation stages of the 2018 projects comes at a time when California is in the fifth year of its drought and is sorely need of any new water supply sources.

“This project fits right into our call for water conservation for the better use of water resources. Any water that’s percolated behind the dam is considered to be water for the benefit entire basin,” Hayward said. “So any water that’s not diverted by the city of Pasadena that settled behind the dam, it percolates and goes to the general benefit of the entire basin.”

“This is for the greater communal good,” Lilley added. “The Raymond Groundwater Basin serves both Altadena and Pasadena. Throughout the region, as tenures, we’re doing projects to try and increase how much of the stormwater we can capture and put into the ground in the local aquifers for local water supply. This is water that would otherwise be going to the ocean.”