A woman shows a sign in her vehicle during a car caravan in Koreatown to protest hate crimes committed against Asian-American and Pacific Islander communities on March 19, 2021 in Los Angeles. (Photo by Ringo Chiu/Shutterstock)

“At My Tribe Rise, we’re about the community as a whole, but even as a Black woman I feel like I know how it feels,” she said. “I know the pain, I know the isolation when you’re scared and fearful to go out because you don’t know what’s going to happen. So, of course, we’re going to stand alongside and stand together with the Asian community that is experiencing the same things that we’re also experiencing right now here in America.”

More information on My Tribe Rise can be found on the organization’s website at mytriberise.com. 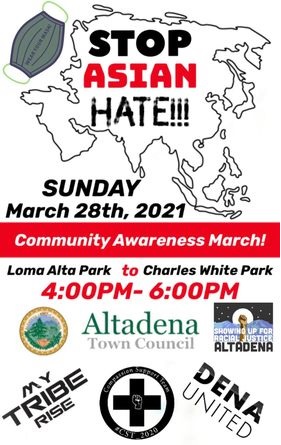