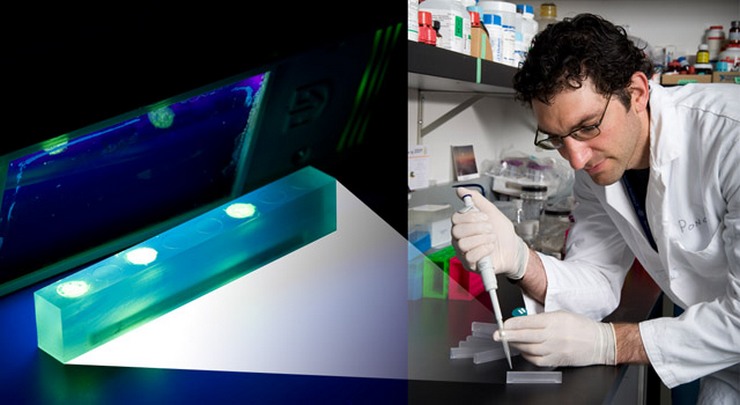 Altadena Rotary members are scheduled to hear a fascinating talk Thursday from local JPL scientist Adrian Ponce about his work with one of the toughest and most durable forms of life on earth.

Ponce, Manager of the Higher Education Office at NASA’s Jet Propulsion Laboratory, heads up an interdisciplinary team composed of scientists from both Caltech and JPL who are experts in microbiology, chemistry, biophotonics and engineering.

The Ponce Group focuses on bacterial spores — which sounds boring until you understand their importance to homeland defense against bioterror and their role in space exploration.

Few of us can forget the first American incident of bioterror:  the powdered anthrax sent through the mails in October, 2001, on the heels of 911.  Bacterial spores played a key role in that incident. Anthrax does not spread from person to person but rather by hard-coated bacterial spores that spring to life under the right conditions.

Spores are also influential in space exploration, especially in the detection of life on other planets. Scientific results would be utterly meaningless if the equipment sent to Mars to detect living organisms turned out to be detecting spores which had come from right here in town and traveled to Mars on the spacecraft itself. Ponce’s team works to detect bacterial spores, small and difficult as that work is.