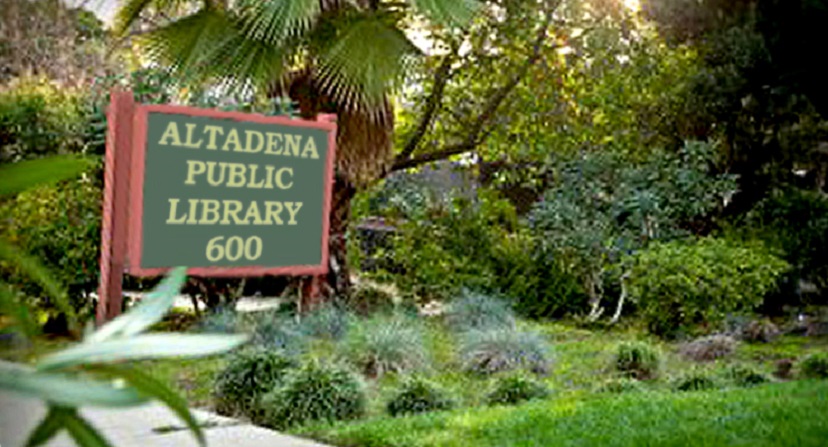 The Altadena Public Library will be one of the venue for listening sessions that the Los Angeles County is scheduling in the unincorporated areas of the county for the public to be informed adequately about Proposition 64, the Adult Use of Marijuana Act, which will adults 21 and older to possess up to an ounce of marijuana or eight grams of concentrated cannabis and grow up to six plants per home.

The act also prohibits possessing marijuana on school grounds, and smoking or consuming the drug in public places or when driving.

Proposition 64, which takes effect on January 1, 2018, followed the enactment of the Medical Marijuana Regulation and Safety Act, which will regulate California’s medical marijuana industry at the state level. The formal state licensing process for recreational marijuana businesses also begins on January 1.

To gather public input and help create a regulatory framework for legalizing the cannabis industry, the Los Angeles County Board of Supervisors have instructed county officials to hold a series of listening sessions especially in the unincorporated areas, including Altadena, Gorman, West Carson, and Topanga, among others. The unincorporated areas cover more than 2,600 square miles where about 1.5 million residents reside.

With the public input considered, the Board of Supervisors intends to draft a framework that contains every detail on regulating the cultivation, transportation, distribution, processing, manufacturing, testing, sale and delivery of medical and recreational cannabis.

The listening session will be moderated by the county’s Office of Cannabis Management (OCM), which is responsible for coordinating the implementation of the county’s cannabis policies and regulations.