Altadena Faces Imported Water Shutdown for Up to 17 Days 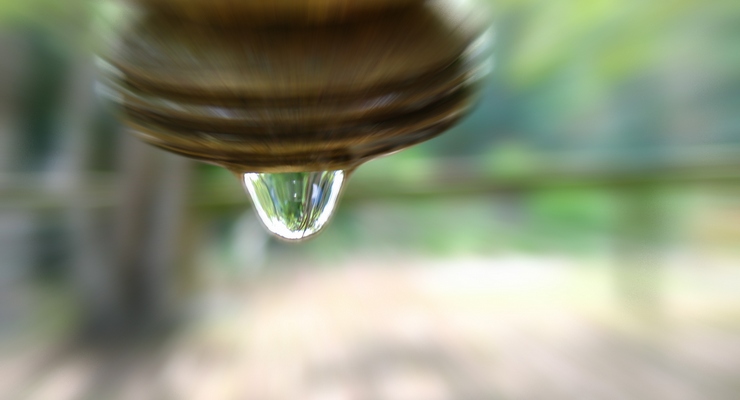 A Metropolitan Water District treatment plant upgrade coupled with local pipeline construction are behind the planned total shutdown of water imports into Altadena for up to at least 17 days beginning February 23.

With no additional outside water flowing in, Altadenans will have to rely completely upon water reservoirs and groundwater wells for the two-weeks plus period.

All the water agencies involved have asked residents to curtail their water use to ensure supplies last and taps don’t run dry.

For those customers served by Las Flores Water Company, Lincoln Avenue Water Company and Rubio Cañon Land and Water Association, the shutdown of imported water shipments from the Metropolitan Water District will last from February 23 through March 10.

For those served by Pasadena Water and Power, the shutdown will last from February 25 through March 10. The PWP customers are not affected by the Altadena pipeline construction shutdown extension which affects only customers of the Altadena water companies served by the Foothill Municipal Water District.

A survey by Altadena Now of retail water agencies indicates that it is unlikely Altadenans will run out of water during the so-called shutdown period, if conservation measures are adopted, if the weather remains only moderately warm and if the import shutdown does not extend beyond the projected 17 days.

MWD’s Bob Muir said the F.E. Weymouth Treatment Plant in the city of La Verne is being taken offline to change the water disinfection system to an ozone based process.

“So while this treatment plant is offline you are either going to have no water delivery from Metropolitan in areas or very limited deliveries,” Muir said. “That treatment plant treats water that’s used by agencies such as Foothill for its consumers, as well as the city of Pasadena.”

Foothill Municipal Water District, which sells water to the Altadena water distributors but not to Pasadena Water & Power, is using the treatment plant’s downtime to repair pipes that serve the Altadena distributors.

“In Altadena not only is there a 10-day Metropolitan shutdown, we’re overlapping our own shutdown with Metropolitan’s to replace the portion of our pipeline,” explained Nina Jazmadarian, ‎General Manager at Foothill Municipal Water District last week.

The pipeline serving La Cañada Flintridge distributors is not going to be worked on, meaning the water shutdown there will be several days shorter than in Altadena.

During the 10-day shutdown, local retail water agencies will be relying on local water and stored supplies to meet demands. The agencies are asking customers to assist with stretching supplies for the entire duration by not watering their lawns and conserving indoor usage during the outage.

Representatives of Pasadena Water & Power, which serves about 3,000 Altadena households, and of the three Altadena water companies all expressed optimism that the import shutdown would not adversely impact the town, if water conservation were practiced by residents.

“We have 11 storage reservoirs in our district. We have over 11 million gallons of water in storage,” Lincoln Avenue Water Company General Manager Bob Hayward said Friday. “We have enough water kept in storage to meet our needs for an entire week.  And in addition to the storage we have two deep ground water wells that we will be using. We’ll be running both wells during the shutdown period that will supplement the storage.”

Hayward said his company can pump up to 2,000 gallons of water per minute from local groundwells.

The water import shutdown would have to extend well beyond two weeks before Lincoln Avenue would feel a serious impact in its ability to supply its customers, Hayward said.

During the import shutdown, Hayward said he hopes Altadenans will reduce their water use by 30%.

During the imported water shutdown, all Altadenans are being asked to reduce water use, particularly by shutting off outdoor landscape irrigation and to avoid watering lawns.

Here is a list of conservation actions recommended by the Foothill Water District:

RECOMMENDED ACTIONS TO TAKE DURING THE SHUTDOWN

• Turn off irrigation controllers and cease all outdoor watering.

• Do not mow your lawns. Minimize the use of your lawn (i.e., playing on it, leaving vehicles on it, etc.) to reduce stress on the turf.

• Take short showers (5-minute max). Place a bucket in the shower to collect the water before it warms up. Use this water for plants.

• Do not leave water running when washing dishes, brushing your teeth or shaving.

• Run only full loads in washing machine and dishwasher.

• Do not use water to clean sidewalks, driveways, parking lots and other hardscapes.

• Limit vehicle washing and only patronize local carwashes which use recycled water.

• Turn off fountains and other decorative water features.
If you have any questions, please contact your local water provider or FMWD at (818) 790-4036. For more water savings tips, please go to BeWaterwise.com.