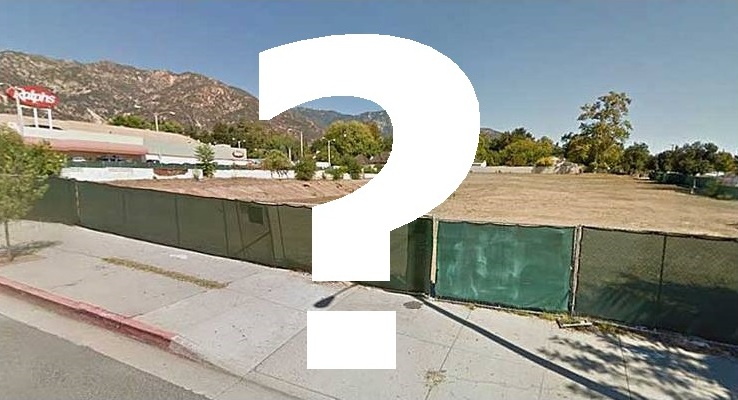 ALDI, a 1,400-store grocery store chain in the U.S. which says it serves 30 million customers monthly, announced Thursday it will open 25 stores across Southern California in early 2016 but will not confirm that Altadena is among its planned locations.

Many Altadena civic leaders have assumed the property just north of Eliot Middle School at 2246 Lake Avenue is being developed to feature an ALDI grocery. The assumption seems to be based on reports that property developer Arman Gabay’s Charles Company has filed and been granted a permit for ALDI grocery store signage on the property.

However, according to a real estate industry insider, developers have been known to obtain pre-approvals for key elements such as parking and signage as a way to woo prospective tenants, so the reported ALDI signage permit application by Charles Company does not necessarily mean the future building has been leased to ALDI.

A spokesperson for Mayor Michael Antonovich’s office said the Mayor does not know who the property’s tenants will be.