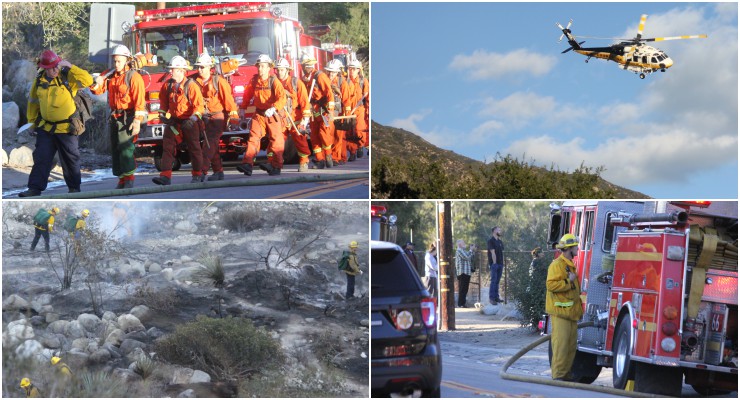 A wind-fanned fire Monday afternoon in Eaton Canyon adjacent to the Henninger Flats trailhead and across the street from residential neighborhoods drew a quick, multi-agency response which doused the flames within about an hour.

Dozens of hikers who had been in the Canyon and mountains self-evacuated. There were no reported injuries.

Altadena Drive was closed to traffic a short distance north of New York Drive, and a number of nearby residential streets were also shut down. The blaze was close to where Midwick Drive dead ends into Altadena Drive.

By 4:22 p.m., the forward-progress of the fire had been stopped, officials said. The callup for a full response, which would have included significantly more equipment and personnel, was canceled.

The fire was completely knocked down at about 4:45 p.m., a County official said.

Ground crews with shovels and axes remained on scene for hours to watch for flare-ups.