Colleague of one of the victims witnessed the attack via Zoom meeting, officials say 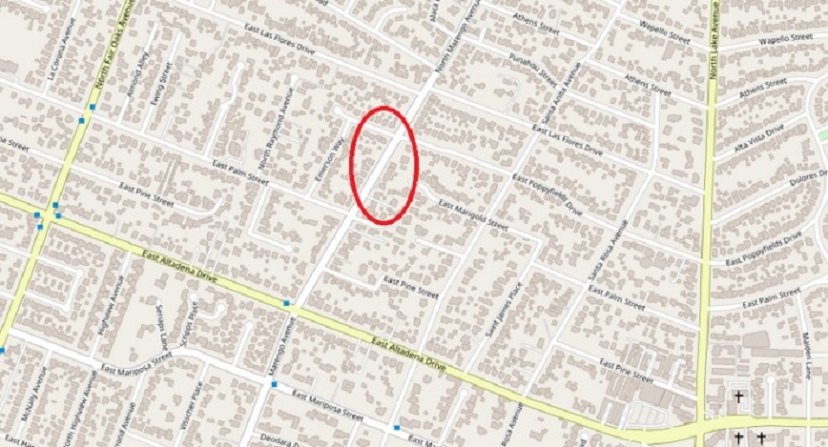 [UPDATED] Deputies found a woman and her brother stabbed to death at their home in Altadena on Monday afternoon after a colleague of the woman witnessed an attack on the victims during a Zoom meeting and called 911, authorities said. A suspect, described as the son of the female victim and the nephew of the male victim, was in custody.

The double-homicide unfolded about 2:45 p.m. at a home in the 3100 block of North Marengo Avenue, north of Altadena Drive, according to the Los Angeles County Sheriff’s Department.

“During the investigation, detectives learned that the female victim was conducting a Zoom call with a colleague, when the attack on the male occurred,” Deputy Tracy Koerner of the Sheriff’s Information Bureau said in a written statement. “The Zoom caller witnessed the attack on both the male and female and called 911 to report the crime.”

Paramedics pronounced both victims dead at the scene, according to Deputy Michelle Sanchez.

They were identified as Carol Brown, 67, and Kenneth Preston, 69, according to Lt. Barry Hall of the Sheriff’s Homicide Bureau.

A vehicle was found to be missing from the home, Koerner said. But as the investigation continued, a man arrived in a neighborhood north of the crime scene, parked the car and walked up to the home, Hall said.

When contacted by deputies upon trying to enter the cordoned-off crime scene, the man identified himself as a resident of the house, according to the lieutenant. He was detained.

Robert Anderson Cotton, 32, was ultimately arrested on suspicion of two count of murder, according to sheriff’s officials and Los Angeles County booking records.

Cotton lived at the home with his mother and uncle, Hall said.

Detectives found a large hunting-style knife at the scene, which was believed to have been the weapon used in the killings, he said.

Cotton was being held in lieu of $2 million bail pending his initial appearance in the Pasadena branch of Los Angeles County Superior Court, which was scheduled Thursday, records show.

L.A. County Superior Court records listed no prior criminal history for the suspect.