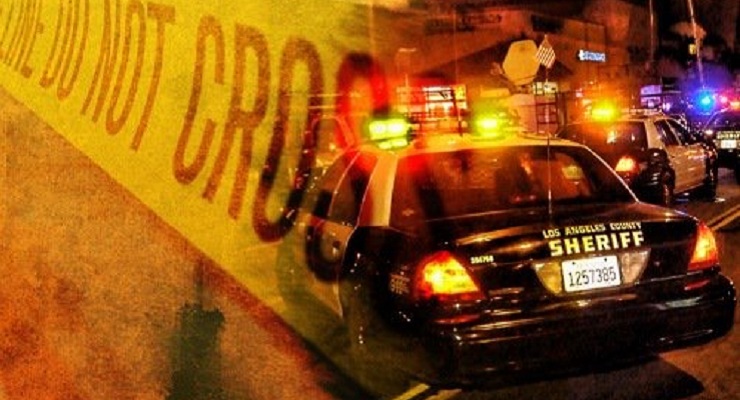 On Saturday evening at 6:45 p.m., an assault with a deadly weapon occurred at the north-west corner of North El Molino Avenue and Alameda Street, Altadena, Altadena Sheriff’s deputies said.

The victim was walking with her family towards the Christmas Tree lighting ceremony on Santa Rosa Avenue and was struck by one bullet.

The victim sustained a minor bruise and a laceration to the back of her head. The victim’s family members saw a beige SUV leaving the intersection with a female Hispanic driver.

Responding deputies later recovered a 22 caliber shell casing from the scene, but had very little to work with. Several hours later the Altadena Sheriff’s Station received a telephone call from a female that identified herself as the driver of the beige SUV and said she was in the city of Los Angeles.

She provided additional information that led Altadena Deputies and LAPD Officers to a house in the city of El Sereno where the shooter, a man, was living. Before deputies and officer arrived, a shooting at an inhabited dwelling occurred that involved the suspect. The suspect fled before a containment was established.

Several hours later, on December 11, 2016, at approximately 3:30 a.m. LAPD Officers responded to a call of a suspicious person at Huntington Drive and Eastern Avenue. After officers arrived and detained a man, they learned they were detaining the Altadena shooting suspect.

Altadena deputies responded to them and arrested the suspect.

While searching the suspect, a live 22 caliber round was found on his person, but the firearm has not yet been located. The suspect was booked at Crescenta Valley Sheriff’s Station on the charge of 245(A)(2) P.C.

The Altadena Sheriff’s Station cannot release any further details regarding motive or the target of the shooting at this time. They are thankful the victim will recover and the person believed responsible is behind bars.