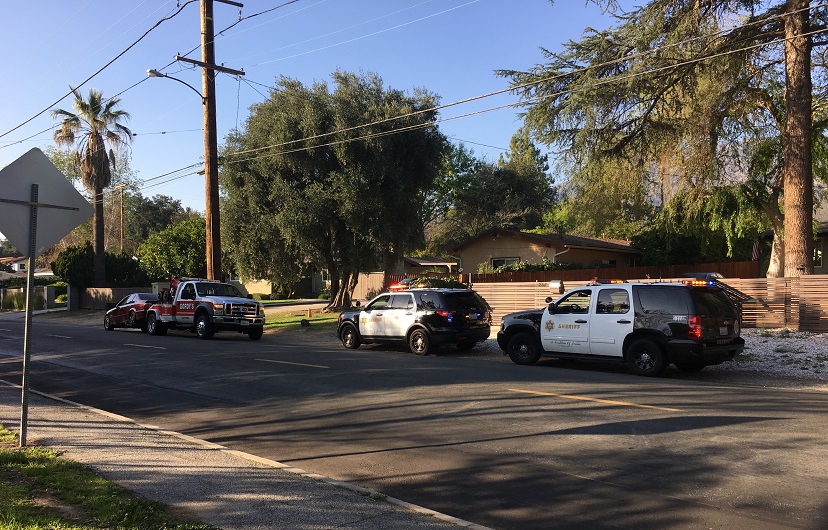 Eldridge was a named suspect when the owner of the 2001 maroon BMW, 325i reported her car stolen to Los Angeles Police Department officers.

The two passengers were found to not be involved in any criminal activity and were allowed to leave. (The Altadena Drive address was not related to the suspect or victim of the stolen car, it was merely the location where the deputy made the traffic stop, officials said.)