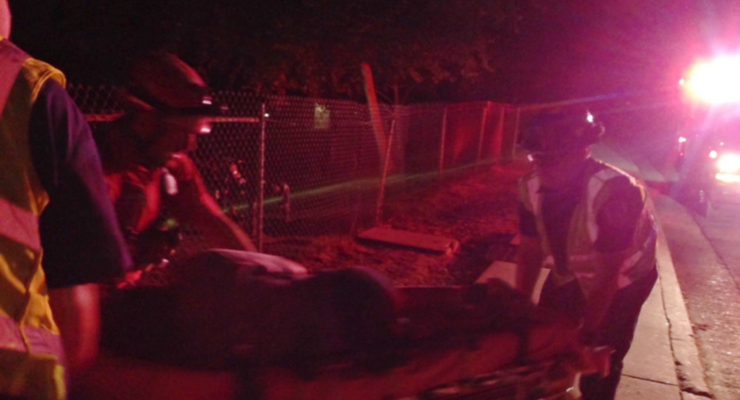 A 51-year-woman required a helicopter rescue after a hiking accident Sunday night in the Inspiration Point area of the Los Angeles National Forest. There has been a significant rise in rescues like this one over the past few years.

The woman, who had fallen in poison oak leaves after taking an off-trail shortcut, was heard crying for help by another hiker who contacted authorities around 8:20 p.m., according to Dan Paige, a Los Angeles County Sheriff’s Deputy who is a part of Altadena’s Mountain Rescue Team, a volunteer group that helps save hikers in danger.

“We lowered a paramedic down within 30 minutes of the call to who we thought was the victim. We found someone yelling and waving at us with a flashlight, but ended up actually being the informant,” Paige said. “We could still hear the victim screaming out there, but didn’t know where she was. After about an hour and a half, we spotted her. She was in a very precarious spot, about 100 feet over the side of the trail.”

A paramedic then hoisted her out via a helicopter and they started treating her for various injuries. Not only was she covered in poison oak, she also may have also suffered fractures in her ankle, ribs and wrist, as well as lacerations she received from the fall, according to Paige.

According to Paige, three different crews comprised of a total of about 30 people triangulated the woman’s location by starting their searches in differing locations throughout the forest.

There is no word on the extent of the woman’s injuries.

Paige said this rescue marks the 90th one of 2016 so far, signifying an uptick in the amount of rescue calls in recent years. In 2015, the rescue teams had a record-breaking 88 calls throughout the entire year. Though the rescue crews are on call 24/7, 365 days a week, they only conduct an average of about 40 search and rescues per year.

“The moral of the story is to stay on the trail,” Paige said.