Next Week’s, It’s “National Night Out” in Altadena 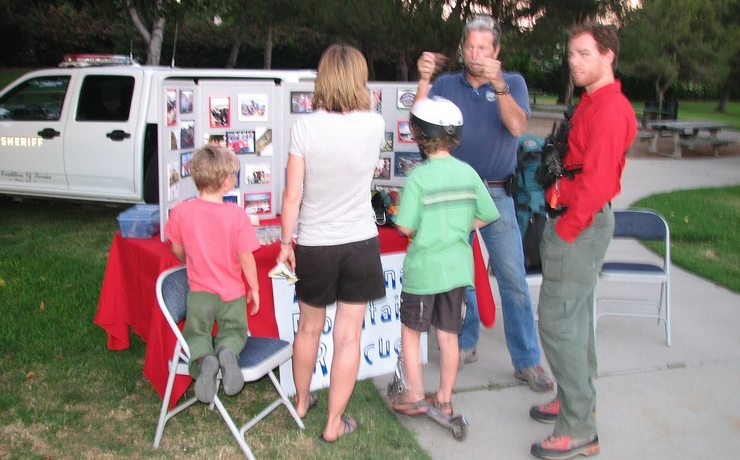 Altadena’s National Night Out activities will be held on Tuesday, August 4th, at the Farnsworth Park at 568 E. Mount Curve Avenue, starting at 5 p.m.

Deputy Dan Paige at the Altadena Sheriff’s Station said the Night Out will be held on the middle picnic area south of the covered picnic area and north of the softball diamond. The area is far more level than areas used in the past and there is ample setting, lighting and electrical outlets.

Vendors can set up their booths between 3 and 4 p.m. and the event opens to the public from 5 until 8 p.m. Thus far, vendors who have confirmed participation include Wal-Mart that will provide water, medical information and shopping bags; ADT securities, Altadena Town and Country Club which will provide some appetizers, and the Altadena Golf Course staff will be there to give away some items, possibly a free round of golf.

The public could mingle with the vendors and various demonstrations. Burgers, hot dogs, and hot links, along with all the condiments and water and soda will be provided by the Altadena Sheriff’s Station. A bounce house will also be installed at the park for the kids.

Community members are encouraged to bring salads, side dishes and desserts.

Altadena Sheriff’s Station will be posting more details about the National Night Out on its Facebook page, www.facebook.com/AltadenaSheriffsStation.