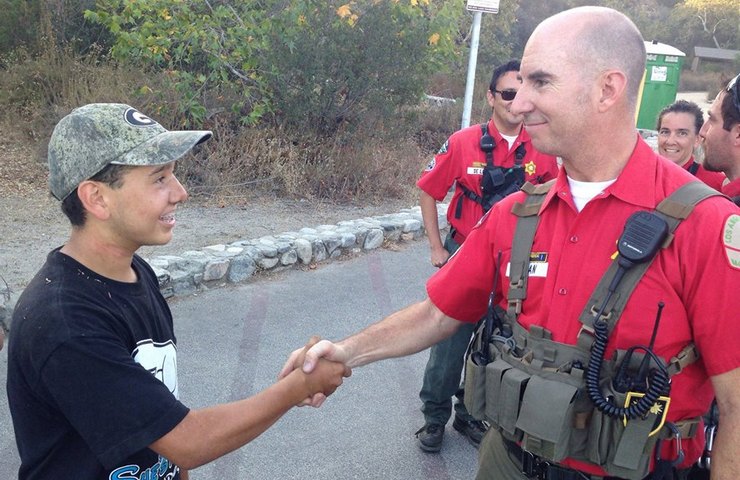 The Rescue Team was activated about 4:30 p.m. for the rescue of the young  hiker, who was stranded on a steep cliff in area of Eaton Canyon.

The Altadena Sheriff’s station was alerted to the boy’s predicament by the father of a second boy who had been hiking with him when the pair became separated.

As Air 5 was attempting rescue of the boy, the Altadena Mountain Rescue Team was simultaneously hiking up the canyon. The Altadena Rescue ground team was able to reach the youth and lead him to the canyon bottom as the paramedic was hoisted into Air 5 from a safe location.

The hiker was climbing the mountain with a friend when he left the trail and became stranded on an extremely steep cliff side. The friend, also a juvenile, was able to hike out of the canyon.

The hiker was released to his father who met him at the Eaton Canyon Nature Center.