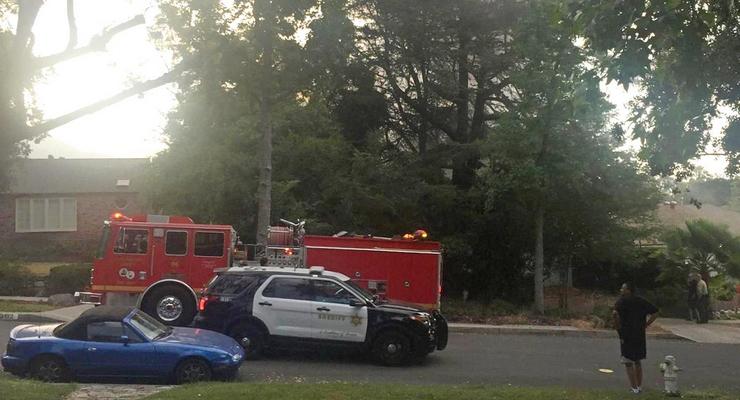 A neighbor shot this image less than a minute after fire crews arrived on scene at the fire.

A single story home in the 2100 block of Grand Oaks Avenue suffered “major damage throughout” after an early Tuesday morning fire erupted in a back bedroom. There were no injuries to the occupants.

Neighbors saw smoke around 6:45 a.m. and started banging on the door to alert the occupants, a witness said.

Responding crews were able to knock down the blaze by 7:09 a.m., but by that time the fire had caused extensive damage.

Authorities were working to discover the cause of the blaze. Investigators were on scene interviewing the home’s occupants even as crews remained at the scene were overhauling.