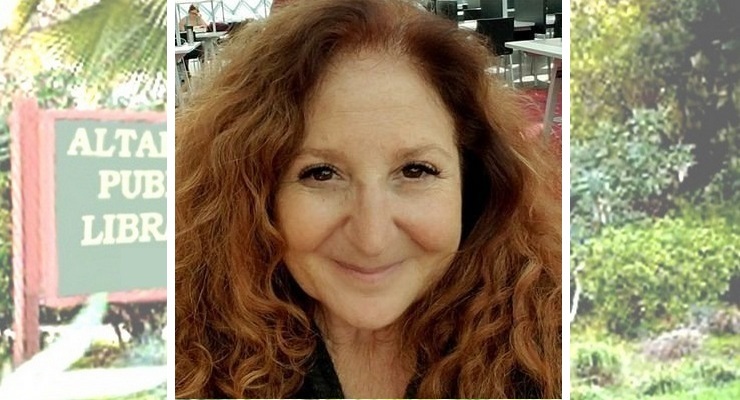 [Updated] The Altadena Library District agreed Monday to pay its former Director Mindy Kittay $550,000. That payment is on top of a $65,000 payment in 2018 from the Library to Director Kittay to settle her injuries covered by workers compensation.

The new settlement brings to an end a fractious public dispute between the innovative library leader and former Trustees which saw former Trustees purged from the Board of Trustees, Kittay paid $615,000 in damages, and $75,000 of Kittay’s attorneys’ fees funneled to fund grass-roots organizing.

Kittay was the Library’s Director from fall 2014 through mid-January, 2018. During that 3+ year period, Kittay’s supporters say she transformed a backward library into a 21st-century library that is outward-facing and responsive to the Altadena community.

But in January 2018, her doctor ordered her off work because of stress from what Kittay contended was harassment by former Trustees Ira Bershatsky, John McDonald, and Armando Zambrano.

Kittay’s attorneys alleged that the Kittay’s harassment was illegally motivated by retaliation for Kittay’s objections to their refusals to follow the Brown Act, by sexist discrimination, and, in the case of Bershatsky, by his pro-Trump bias against Kittay’s support for Hillary Clinton.

When Kittay’s doctor authorized her return to work in May 2018, the Library Board placed her on administrative leave, denied her access to the Library work site, and declined to renew her contract when it expired at the end of September 2018.

The $550,000 additional payment to Director Kittay was approved in closed session of the Library’s Board of Trustees Monday evening by a Board that has been purged of its former male majority of McDonald, Zambrano, and Bershatsky.

McDonald resigned in March 2018, on the day after Gronemeier and Hickambottom first publicly presented what they claimed was email evidence of systematic Brown Act violations by the former male Board majority.

The November 2018, elections rid the Board of the other two members of the former male majority – because Zambrano opted not to seek reelection and because Bershatsky sought reelection but was defeated by progressive opponents Katie Clark and Jason Cappell.

As part of the settlement, Gronemeier and Hickambottom agreed to devote $75,000 of their attorneys’ fees to supporting grass-roots progressive organizing by POP! (Pasadenans Organizing for Progress). $60,000 is funding a 1-year full-time position for Kittay to work as POP’s Director of Organizational Development. The remaining $15,000 will fund quarter-time organizing work by POP! Co-Chair Flo Annang on police reform issues.

Kittay said today that she regretted the settlement despite the substantial sum she is netting.

“My attorneys and I repeatedly made it clear that I wanted to continue as the Altadena Library Director rather than being paid a handsome sum to leave. Throughout this ordeal, I was never informed of the reasons the Library Board refused to allow me to return to work. There was never any substantiation of misconduct or fault by me. It is wrong that I am being penalized for objecting to repeated illegality. For a long time, I refused to respond to the Library’s attorneys imploring me to make a monetary buy-out. I authorized settlement negotiations for the monetary settlement only after we were repeatedly told that the Library Board would not consider my continuing employment. While I am excited to work to build POP!, I preferred to return to continue as the Library Director rather than getting a settlement. It is unfortunate that the Library Board would rather spend taxpayer money to pay me to move on rather than returning me to the position of Library Director.”