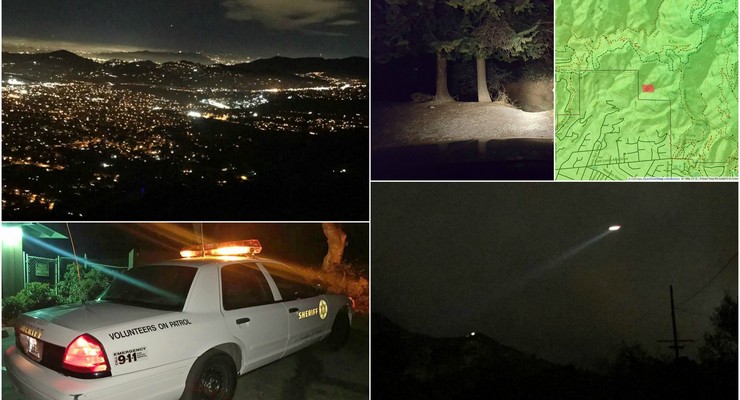 In mountains north of Altadena on Wednesday night, the Altadena Mountain Rescue Team located a stranded, injured hiker who told rescuers he had been waiting for help in the unusually cold weather for five days.

The unidentified man in his 30’s had injuries suffered during a fall, authorities said.

A video news crew reported the temperature near the rescue was 35 degrees at the time the hiker was found.

Rescuers found the man in an area totally void of any hiking trails at approximately 9:30 p.m. after people on horseback told the Sheriff’s Department they heard someone yelling for help off Chaney Trail above Altadena at 6:40 p.m.

The Altadena Mountain Rescue Team responded and scoured the hillside. Rescue team crews could hear the man, but his cries were so faint they could not easily determine his location.

Almost three hours into the operation the man was located in isolated area, according to the Sheriff’s department.

Authorities said the hiker told the rescuers he was cold and been in the mountains for five days. He had several scratches and had injured both his knees in a small fall.

Winds prevented a hoisting attempt by the Sheriff’s Department helicopter.

Shortly thereafter, Los Angeles County Fire Department Helicopter 18 successfully hoisted the hiker into their helicopter and flew him to the Huntington Memorial Hospital to be treated for minor injuries and exposure to the elements.