Altadena’s Crime Blotter for the Week of Saturday, October 1st 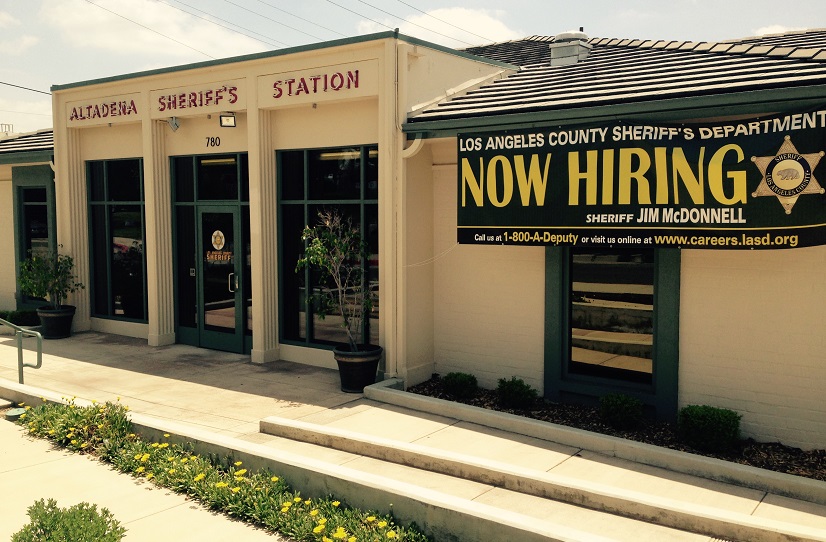 2:30 AM – A petty theft from an unlocked vehicle occurred in the 800 block of Alameda Street. Stolen: black leather wallet, black and grey backpack, and currency.
9:00 AM – A residential burglary occurred in the 300 block of E. Woodbury Road. Suspect(s) entered the residence via the unsecured rear window. Stolen: gray safe, personal documents and currency.
5:30 PM – A vandalism occurred in the 4300 block of Rising Hill Road. Suspect(s) damaged the mailbox with an unknown object.
8:44 PM – A vehicle was reported stolen from the 2100 block of N. Raymond Avenue. Vehicle described as a black 2006 Nissan 350z.

2:00 AM – A vehicle burglary occurred in the area of Lake Avenue and New York Street. Suspect(s) entered the vehicle by shattering the rear window. Stolen: black and blue Chanel purse, wigs, cosmetic kit.
11:05 AM – An assault with a deadly weapon occurred in the 1500 block of E. Altadena Drive. Suspect was taken into custody. Investigation is on-going.

1:37 PM – A vehicle was reported stolen from the 1900 block of New York Drive. Vehicle described as a white 2005 Suzuki Cruiser motorcycle.
6:00 PM – A petty theft occurred in the 2100 block of Lincoln Avenue. Stolen: white and black 7-speed bicycle.
8:36 PM – Gabriel Gonzalez, 23 years old of San Bernardino was arrested in the 1800 block of E. Washington Boulevard for being under the influence of a controlled substance.

10:00 PM – A vehicle vandalism occurred in the 1300 block of Pleasant Ridge Drive. Vehicle was keyed by the suspect.