Altadena’s Crime Blotter for the Week of Saturday, May 21st 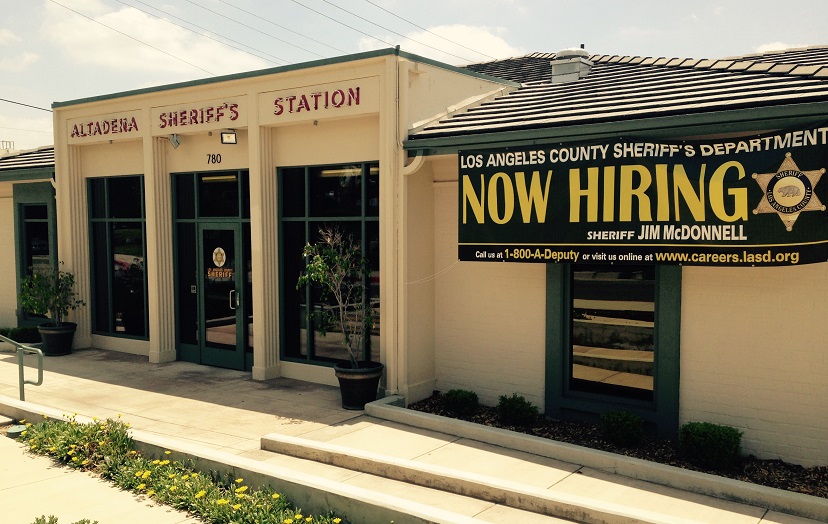 4:13 PM – A vehicle was reported stolen from the 2200 block of Casitas Avenue. Vehicle described as a blue 1971 Chevrolet pick-up.
8:00 PM – A vehicle burglary occurred in the 300 block of W. Woodbury Road. Suspect(s) entered the vehicle via unknown means. Stolen: unknown.

9:48 AM – A package theft occurred in the 1800 block of E. Altadena Drive. Possible suspect described as a male Hispanic wearing a blue Dodgers hat in a silver vehicle. Stolen: package containing glucose monitor.
11:14 AM – A residential burglary occurred in the 1300 block of New York Drive. Suspect Ivan Cortes-Ortega, 18 years old of Pasadena and a juvenile, 16 years old of Pasadena were taken into custody. The following day a third suspect, a juvenile, 17 years old was taken into custody. The suspects entered the residence by shattering a window. Stolen: jewelry, pillowcase and currency. All items were recovered the following day and returned to the owner.
10:00 PM – Mauro Allen, 23 years old of Altadena was arrested in the 800 block of Morada Place for domestic battery.

11:00 AM – A telephone scam was reported from the 500 block of W. Terrace Street. The victim received a phone call from an unknown person who claimed that the victim’s grandson was in jail and needed money to be released. The victim was instructed to wire money via a Western Union account in the amount of $1,700.00. The victim wired the money and later discovered her grandson was safe and not jailed in Mexico.
10:30 PM – Andrew Leal, 22 years old was of Pasadena was arrested in the area of Altadena Drive and Fair Oaks Avenue for possession of narcotics.

1:30 AM – A vehicle burglary occurred in the 1600 block of Grand Oaks Avenue. Suspect(s) entered the vehicle by shattering the window. Stolen: unknown.
4:36 PM – Carlos Hoyos, 19 years old of Pasadena was arrested in the area of Hill Street and Washington Boulevard for being under the influence of a controlled substance.

5:37 PM – Carlton Carpenter, 62 years old of Pasadena was arrested in the area of Hammond Street and Sunset Avenue for being under the influence of a controlled substance.

2:45 PM – A vehicle vandalism occurred in the area of Stonehurst Street and Canyada Avenue. Suspect has been identified as the victim’s ex-boyfriend.