Altadena’s Crime Blotter for the Week of Saturday, March 5th 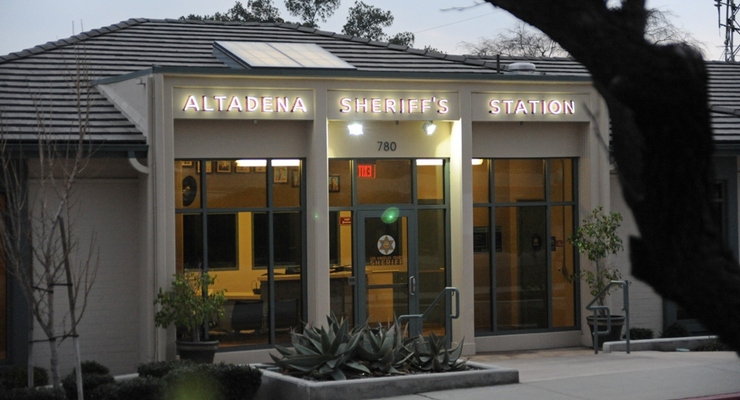 1:15 AM – Julius Johnson, 29 years old of Altadena was arrested in the 2100 block of N. Lincoln Avenue for battery.
10:00 AM – A residential burglary occurred in the 3300 block of Bellaire Drive. The suspect(s) entered the residence by cutting the window screen. The suspect(s) also vandalized the victim’s vehicle by shattering the window. Stolen: black Sentry safe, credit cards, currency.

3:30 AM – An arson occurred in the 2100 block of Marengo Avenue. The suspect(s) threw a Molotov cocktail igniting a flowerbed located to the front of a residence. No major damage.
11:38 PM – Luis Rebollar, 25 years old of Alhambra was arrested in the 300 block of Acacia Street for ex-felon in possession of a firearm.
4:20 PM – A vehicle vandalism occurred in the 600 block of Ventura Street. The suspect(s) shattered the driver’s side tail light.

10:30 PM – A vehicle vandalism occurred in the 400 block of Figueroa Street. The suspect(s) keyed the victim’s vehicle.

8:30 PM – An illegal shooting occurred in the 700 block of East Pine Street, Altadena. No one was struck, however a vehicle was struck twice by bullets. It is unsure if this incident was gang related and is currently under investigation.