Altadena’s Crime Blotter for the Week of Saturday, April 9th 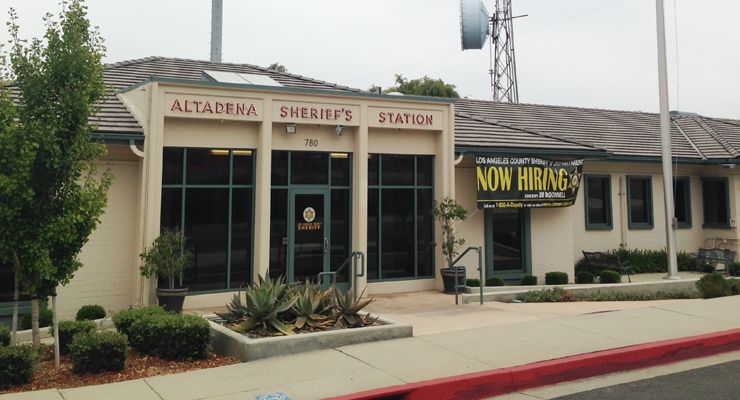 1:30 AM – A vehicle vandalism occurred in the area of Catalina Avenue and New York Drive. Vehicle damage: dented door.
2:05 AM – A prowling incident occurred in the 1400 block of Coolidge Avenue. A male wearing a dark hooded sweater was observed looking into the victim’s residence through a window. The resident walked towards the window and the male ran from the location.
3:00 AM – A vehicle burglary occurred in the 3100 block of N. Marengo Avenue. Suspect(s) entered the vehicle by shattering the passenger window. Stolen: clothing, books.
11:10 AM – A robbery occurred in the 2200 block of Lincoln Avenue. The suspect entered the business armed with a firearm and demanded money. Fearing for his safety, the victim opened the registered and handed over the money. Suspect described as a male, Hispanic, 20 – 25 years old, thin build, wearing a dark hooded sweatshirt, dark bandana covering his face, gray sweatpants and blue sneakers. Stolen: currency.
11:40 AM – A mutual battery occurred in the 2100 block of El Sereno Avenue. Suspects are roommates.