Altadena Station’s Crime Blotter for the Week of June 14, 2015 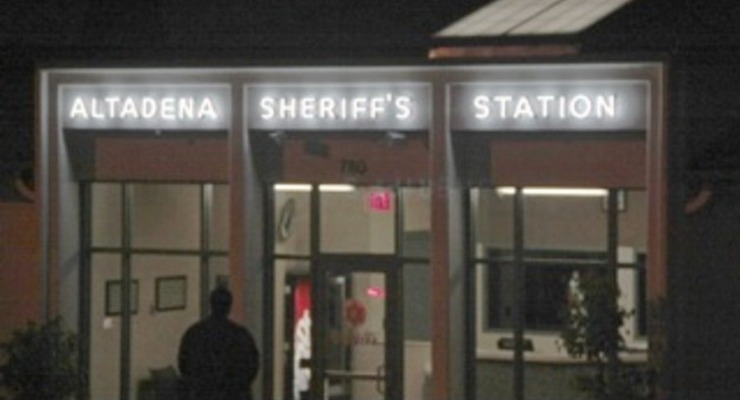 10:28 PM – An assault with a deadly weapon (knife) occurred in the 3300 block of N. Marengo Avenue.  The victim was confronted by the suspect, Glenn Carlton, his roommate, regarding smoking marijuana inside of the apartment.   During the verbal altercation, the suspect retrieved a knife and stabbed the victim.  The victim’s injuries are not life-threatening.  The suspect was taken into custody.

8:41 PM – Brian Alexander was arrested in the 700 block of Ventura Street for violation of a restraining order and a subsequent felony vandalism to a patrol vehicle when he kicked out the rear side window while handcuffed in the back seat.

8:42 AM – A vandalism occurred at Masjid Al’Taqwah Mosque, 2180 N. Lake Avenue.  The suspect dispensed oil inside the mailbox and on the door.  Suspect described as a male, Black, 507-510, 160, wearing a blue long sleeve shirt and blue jeans.

10:30 PM – A vehicle vandalism occurred in the area of Garfias Drive and Valencia Avenue.  Suspect(s) slashed the convertible top of a vehicle.

4:45 PM – Kyle Oliver was arrested in the area of Lake Av. and Fontanet Way for possession of a controlled substance.

6:39 PM – An assault with a deadly weapon (gun) occurred in the 600 block of W. Altadena Drive.  The victims were outside of their residence when a vehicle occupied with three males pulled up to the front of location.  The passenger pulled out a black semi-automatic handgun and pulled the trigger.  The gun jammed and the suspects fled the area.  Pasadena Police Department officers later located the suspect’s vehicle in their city and the occupants were taken into custody.