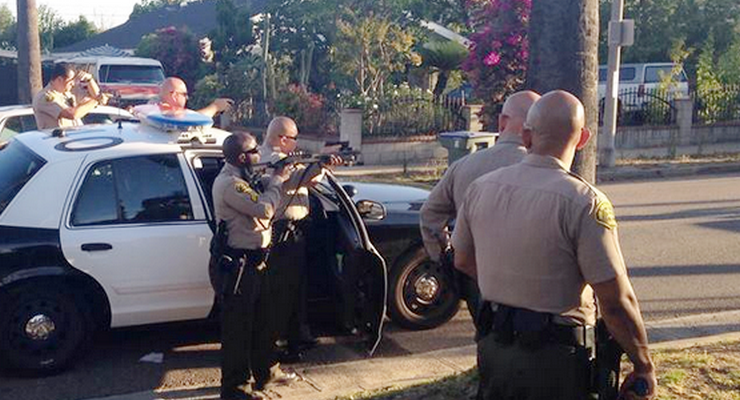 On Friday night at about 6:30 p.m. Altadena Deputies Abdulfattah and Villareal were on patrol when they spotted a stolen car in the southwest area of Altadena.

The deputies followed the car a short distance, into nearby city of Pasadena.

The deputies saw six or seven persons in the car, backup was requested, and the car was pulled over at Washington Boulevard and Forest Ave.

After several other deputies and Pasadena Police arrived, a total of seven persons were taken into custody without incident.

The car was reported stolen four days ago in San Marino.