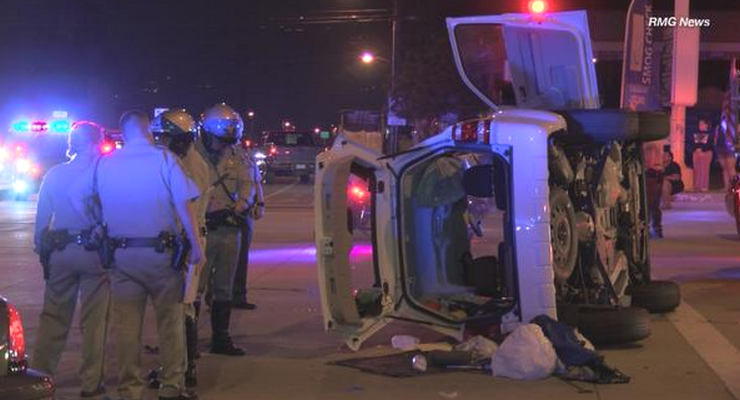 Two Altadena Sheriffs deputies driving in an unmarked car with red lights and siren engaged responding to a call for help from other deputies collided with a civilian car, overturning it and trapping two people, authorities said.

The deputies issued a call for backup and mutual aid. Pasadena police units responded, as did other Altadena Sheriffs units.

One of the responding Sheriffs units collided with a white Ford Escape at the intersection of Woodbury Road and Fair Oaks Avenue. The Ford was carrying two male adult and one female adult passengers, Paige said.

The force of the collision caused the Ford to overturn onto its side.

Paige said that one of the rear passengers was able to crawl out the rear hatchback, but the front driver and passenger were held in place with their seatbelts.

A neighbor who lives nearby said on Altadena Now’s social media that “Everyone was transported in an ambulance, not sure how bad — but the accident itself was really bad.”

One of the deputies had a complaint of pain. He was treated and released, said Captain Christopher Reed of the Altadena Station. The passengers of the civilian vehicle had minor injuries.

Both Deputies were released the same evening. CHP is investigating the accident. 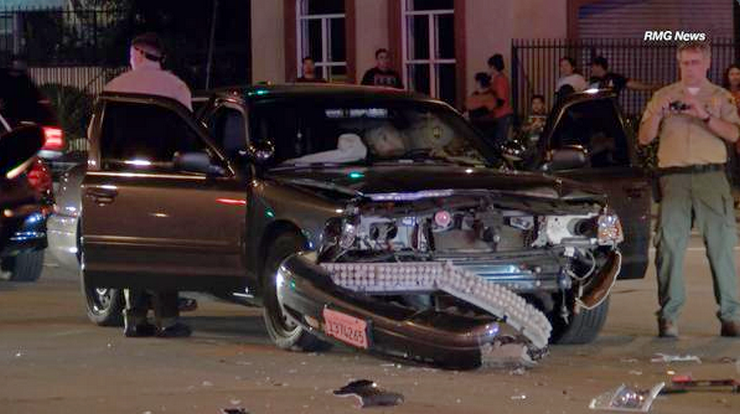