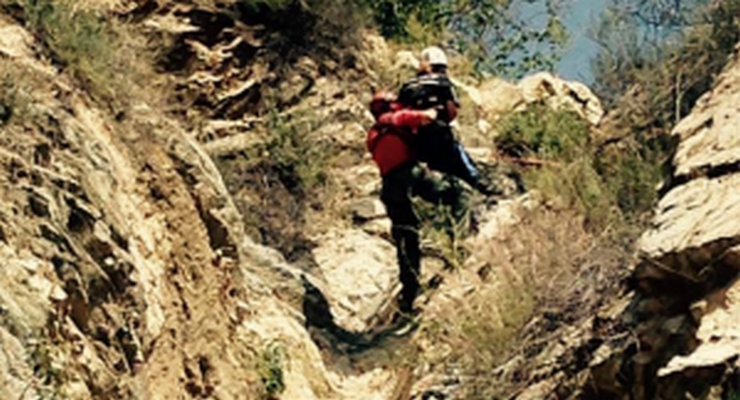 The Los Angeles County Sheriff’s Department Altadena Search and Rescue (AMRT) Team received a 911 call for two lost hikers above Altadena, in the Angeles National Forest. AMRT responded into the area of Coyote Canyon and searched on foot and by vehicle for the missing hikers.

The hikers were able to tell the 911 operator that they were stranded on a steep canyon, and were directly under several large power lines. The rescue team was able to reach the hikers after approximately two hours.

The hikers were following a dry stream bed up the canyon, hiked past some steep dry waterfalls when the ground below them became so loose and crumbly the pair could not hike out. The hikers started their hike at 9:30 a.m on Wednesday, April 1 and called for help at approximately 10:30 a.m. The rescue team led the hikers out of Coyote Canyon at 2:30 p.m.

The hikers, a male and female adult, were not injured.