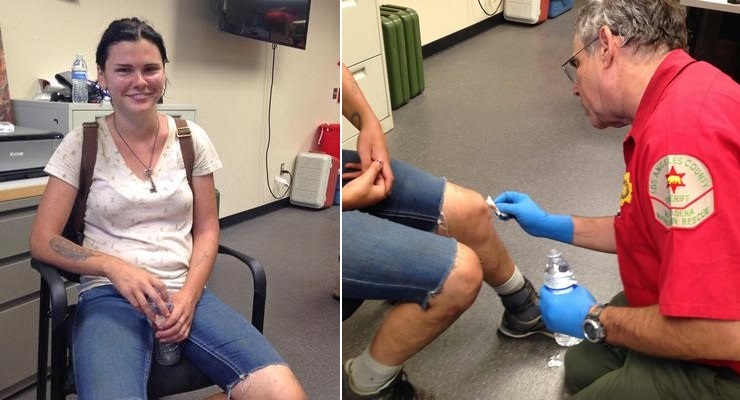 Members of the Altadena Mountain Rescue Team rescued a 22-year-old Pasadena woman who lost her way while hiking in the Angeles National Forest Sunday.

The hiker was on a 12-mile hike near the Millard Canyon above Altadena when the trail she was on disappeared.

The woman said later that she knew she was close to Altadena but didn’t know exactly where. That was when she decided to call the Altadena Sheriff’s Office on her mobile phone and request for help.

The hiker had started her hike at about 9 a.m. and was about seven miles into the hike when she stopped for water at Henninger Flats, where she found no water. She still had some water in her bottles so she continued the hike.

Along the way, she came in contact with a swarm of bees and was stung a few times. The hiker luckily was not allergic to bee stings and was able to continue — but tripped while running from the bee swarm and suffered a minor abrasion.

At 4:30 p.m., the hiker decided to call the Altadena’s Sheriff’s Station.

Units from the Altadena Mountain Rescue Team, being attached to the Sheriff’s Office Reserve Force, responded and found the hiker after an hour of searching.