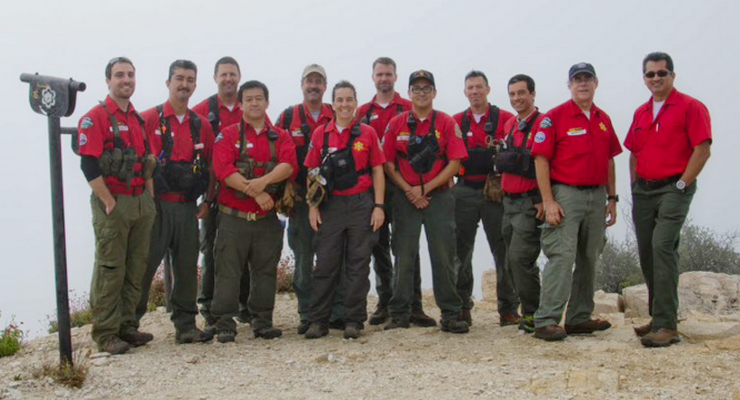 The Altadena Mountain Rescue Team responded to a record-breaking number of 88 calls for assistance in 2015 and conducted 49 rescue operations and 31 searches throughout the year, officials said this week.

In these rescue and search operations, the report said the team rescued or found 113 persons – and eight dogs that also needed rescue.

The team, on average, assists approximately 100 lost or injured hikers and conducts almost 40 searches and rescues every year.

On call and operational 24 hours a day, 365 days a year, the team is composed of reserve deputies. It is one of eight teams in the Los Angeles County which, together, are staffed by 120 trained members.

Some of the notable rescues conducted in 2015 include nine hikers rescued from a stiff cliff near the Mt. Wilson Truck Trail on June 9 when they wandered off the trail. The AMRT and the Sierra Madre Search and Rescue Team used two rescue helicopters in this rescue.

On June 14, the AMRT assisted a crisis negotiation team in saving a distraught person who had threatened to jump off an apartment building.

On September 22, AMRT members used 700 feet of rope to reach Angel, a hiker’s dog, who had fallen 200 feet off a cliff. Amazingly, Angel only had a small scratch on her nose.

On September 26, the AMRT rescue team hiked almost two miles to rescue a dog that had overheated on an extremely hot afternoon. As the team was hiking up they met another hiker with a dog that had overheated. Several other hikers were given water by the rescue team as they were hiking out. The team had to call for help from U.S. Forest Service and Los Angeles County Fire Department to shuttle up over 30 bottles of water as two hikers passed out in the heat and seven others ran out of water.

Established in 1951, the Altadena Mountain Rescue Team is a nonprofit volunteer organization dedicated to saving lives through mountain rescue and safety education, and is headquartered at the Altadena Sheriff’s Station. It is the oldest organization of its kind in Los Angeles County and has been a member unit of the Sheriff’s Department Reserve Forces Bureau since 1956.