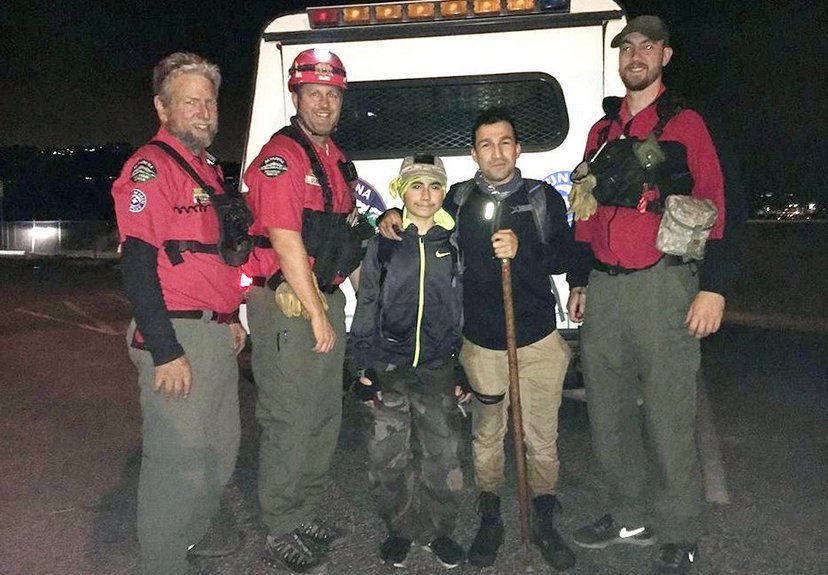 Sunday was a busy evening for members of the Altadena Mountain Rescue Team (AMRT) as they helped in the search for a child who went missing out of an Altadena group home, and at least two hikers who were overdue while on a hike from Switzer Falls to Altadena.

The first call came at about 5:09 p.m. when the Altadena Sheriff’s Station said they were missing for a critical missing 11-year-old boy, AMRT said in a Facebook post. The child’s family said he could probably have headed towards the hiking trails near the Jet Propulsion Laboratory.

As team members brought out two ATV’s and four-wheel-drive vehicles, a sharp JPL security officer called and said they have sighted the missing boy. It turned out a person on horseback had located the boy and flagged down staff from the group home who were also out looking for the child.

AMRT members and patrol deputies located the child at Ventura Street and Windsor Avenue in Altadena and took him home. The child had no injuries.

During the debriefing at about 6 p.m., AMRT again was approached by someone who reported overdue hikers. The hikers returned safely a few minutes after the report.

As the hikers were reuniting with their family, another person walked up to the AMRT members and said they had two family members who had not returned from a hike from Switzer Falls.

Rescue team members called the hikers’ cellphone and were able to confirm they were on the right trail, but were delayed because the rain caused poor trail conditions.

The hikers, a 28-year-old man from Norwalk and a juvenile relative from Los Angeles, reached the Brown Mountain Trail where AMRT members met them and gave them a ride home.