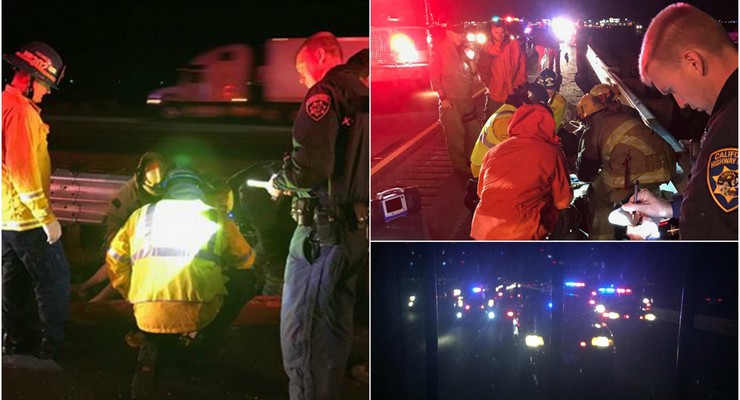 This past weekend the Altadena Mountain Rescue Team was participating in search and tracking recertification with the Mountain Rescue Association in Barstow, Calif. As the team was returning to Altadena just south of Hesperia on the 15 freeway at 6:45pm traffic came to a stop and the team saw a crowd of people standing outside their vehicles.

Team members saw a shoe on the freeway, approximately 100 feet south of the crowd of people. Knowing this is not a good sign, the team rushed to the crowd and saw a motorcycle rider splayed out on the roadway.

The rider, a 22-year old man residing in Moreno Valley, was complaining of difficulty breathing and multiple abrasions and contusions on all four extremities.

Bystanders in the crowd were saying the motorcycle passed at a high rate of speed and may have struck a slower moving car. California Highway Patrol and local fire department took over the scene and treatment of the motorcycle rider’s injuries.