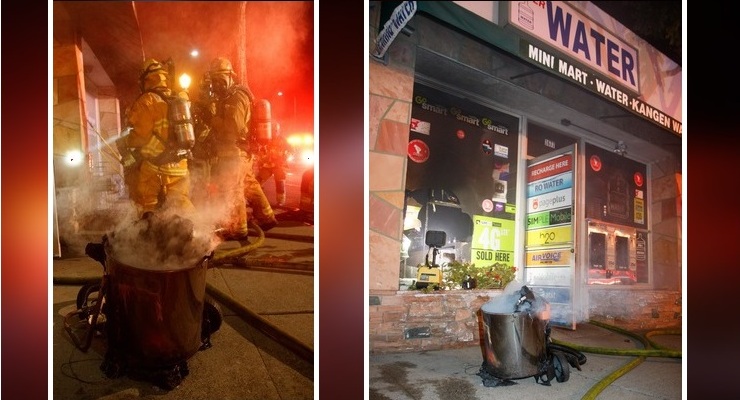 An Altadena man who allegedly led authorities on a 3-hour car chase and later allegedly firebombed a Pasadena water store with two people inside the building in 2015 was ordered to stand trial for the seven charges against him on Thursday.

Karnik Kendirian, 48, is accused of attempted murder and arson after allegedly using gasoline to deliberately set fire to SoCal Water in the 1600 block of East Washington Blvd. on November 20, 2015, officials said.

Kendirian’s arraignment is scheduled for April 22, a spokesperson for the Los Angeles County District Attorney said.

Authorities allege that Kendirian broke a plate glass window, threw a gasoline can inside the business and then ignited the gasoline at about 1:20 a.m.

The business has an attached residence. The two people inside the living quarters were able to escape the explosive flames before they were injured, authorities said.

Kendirian is accused of attempted murder and arson in this incident.

At the time of the firebombing, Kendirian was out on bail for an arrest in connection with having allegedly led police on a nearly three-hour, 240-mile pursuit that reached speeds of up to 100 mph. less than a month earlier.

That pursuit began about 5 p.m. on Sunday, October 25, 2015 in Pasadena. Kendirian was arrested at his Altadena home the following Monday morning.

In that incident Kendirian was charged with one felony count each of evading police and making criminal threats and five misdemeanor counts of vandalism.

Kendirian is also charged with drawing graffiti on a neighbor’s property, then threatening the neighbor for reporting the incident. In addition, he is charged with smashing a car windshield, scratching another car door and two other acts of vandalism. The alleged vandalism counts and the criminal threat count all occurred on Oct. 24, the day before the car chase, according to the complaint.