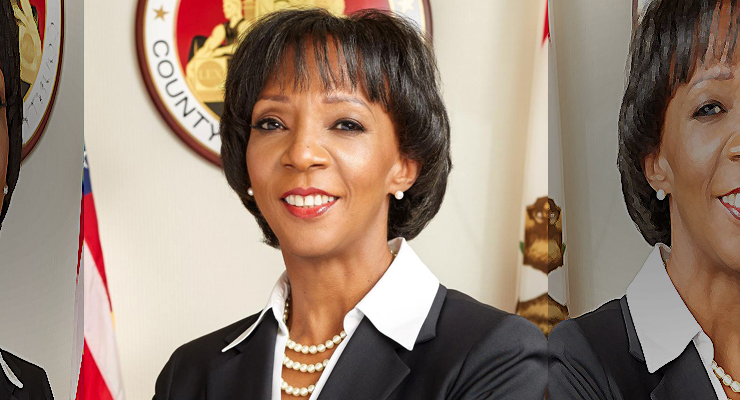 The 2015 Courageous Citizens Awards Program featuring Los Angeles County District Attorney, Jackie Lacey will be presented at the Pasadena Rotary Club on Wednesday, May 6th Lunch, meeting and presentation begins at 12 p.m. at the University Club of Pasadena, 175 N. Oakland Ave., Pasadena. The public is welcome to attend no reservations necessary check in at registration. Luncheon tickets are $30.

The Los Angeles County District Attorney’s Office created the Courageous Citizens Award in 1985 to commend individuals who have acted with courage and at considerable personal risk to help a victim of a crime, to assist in the capture of a suspect or to testify in the face of extraordinary pressures. The award recipients exemplify the highest form of community service.

District Attorney Jackie Lacey was elected into office in 2012 in a historic election, becoming the first female DA and the first African American to serve in that position in Los Angeles County since 1850. DA Jackie Lacey will introduce the program and the Deputy DAs who handled the cases in court. These DDAs will then introduce the Courageous Citizens Awards Honorees.

Francisco Godinez and Zinobi Gerbs
On November 21, 2012, a woman met her ex-husband at a Burbank gas station to facilitate visitation with their daughters. Out of fear for her safety, she always met him in public places. When the woman arrived, her ex-husband forced his way into her vehicle by displaying a replica handgun and said, “You know what I’m capable of.” He then drove off with the woman and their children in the car. When they stopped at a red light, the woman got out of the car and ran toward the gas station, yelling for help. Zinobi Gerbs, who was also waiting at the light in his car, saw the incident unfold. Gerbs drove into the gas station to help. When the man caught his ex-wife, he pulled out a knife and stabbed her, even as an off-duty deputy sheriff tried to stop him. At that point, a third man, Francisco Godinez, grabbed a metal wrench and hit the attacker of the woman over the head. Gerbs and Godinez were then able to subdued the man.

Telesforo Arellano Dia
A 40-year old homeless man violently attacked a 78-year-old man collecting bottles and cans from a dumpster in Montebello on March 14, 2014. The man punched his elderly victim, knocking him to the ground. The man then kicked and struck him with a broomstick. Telesforo Arellano Diaz heard the victim’s cries for help and rushed to his aid, just as the defendant was about to hit the victim with a glass bottle. Diaz yelled at the man to stop. He then stood in front of the attacker when he attempted to flee. The man threw the bottle at Diaz and narrowly missed his head. Diaz then wrestled him to the ground and held him until the police arrived.

Jennifer Clark and Consuelo Erlinda Tejada
On the morning of September 12, 2013, a 66-year-old parolee met a 24-year-old woman he knew from church at an Alhambra coffee shop. He wanted to give her a gift. As the victim parked behind the store, the man (who had removed his GPS monitoring device earlier that day) forced his way into her car while brandishing what appeared to be a handgun. He took her cell phone, hit her the in the head and threatened to kill her. After seeing the struggle, Jennifer Clark made eye contact with the victim who was mouthing the words “help me”. Clark began to verbally confront the man, who then jumped into his own car and drove away. Consuelo Tejada, who also witnessed the attack, followed the man to his car, got his license plate number, and then gave it to the police. Rotary is an organization of business and professional leaders united worldwide to provide humanitarian service and help to build goodwill and peace in the world. It is comprised of 1.2 million members working in more than 33,000 clubs in 200 countries and geographic regions.

For more information on the Rotary Club of Pasadena visit www.pasadenarotary.com or phone .