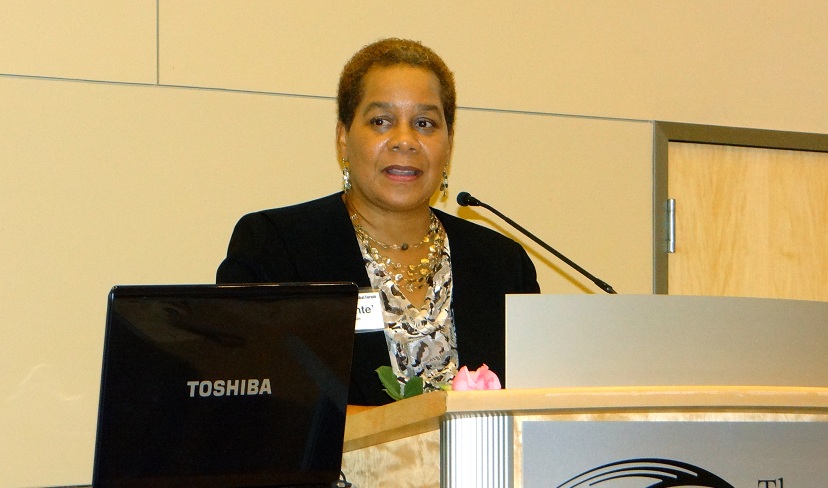 Phlunte’ Riddle, a well-known former local law enforcement figure who is active locally as a businesswoman and community leader, today announced her candidacy for the California State Senate to replace Senator Carol Liu after her term expires.

Riddle is a Democrat.

“I’m running for the State Senate because we need a leader who has experience bringing people together to keep our communities safe, make investments in our schools, and create for opportunity for middle-class families,” Riddle said.

“I have spent my life serving our community and actively listening to the resident’s concerns. I will draw from my work as a public safety officer, businesswoman, and an educator to find solutions to the challenges facing California.

Riddle spent nearly 29 years rising through the ranks of the Pasadena Police Department. She broke barriers as the first woman to be permanently assigned as a gang/street narcotics officer, the first African American female sergeant and lieutenant. Some of the numerous jobs she had on the force include patrol officer, detective, and community liaison. As a lieutenant, she was the Public Information Officer and Adjutant to the Chief of Police.

Riddle was a change agent for the police department. She helped increase diversity in the workplace and worked to modernize the department’s policies, making sure that officers had ongoing and updated training using the best technology available.

She has been an active member of the Pasadena community and involving herself in numerous organizations and serving on their boards. A strong advocate on women’s issues, Riddle also served in the role of interim Executive Director of the Pasadena Chapter of the YWCA.

Riddle is currently an adjunct professor at Biola University and the Criminal Justice Training Center at Golden West College. She is also a former adjunct professor at the University of Phoenix. She launched her consulting company, Phlunte’ Riddle Leadership Consultants, in January 2013, where she trains executives and helps solve communications challenges in organizations.

Riddle resides in Pasadena with her husband of 36 years. She is the mother of three adult sons.