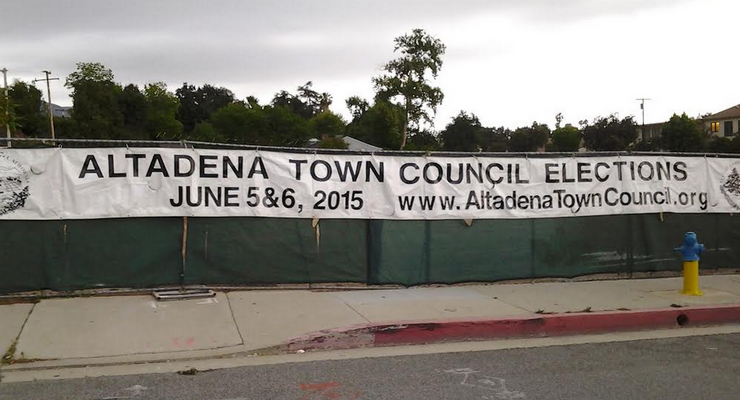 Well-intentioned, it seems — but half the dates are wrong! According to Altadena Town Council Election Committee Chair Okorie Ezieme, election pre-voting will take place at the Altadena Library on Tuesday, June 2 from 10 a.m. to 7 p.m. — not June 5.

The election will conducted at about 10 polling places, Ezieme predicts.

“So far with the election committee have gotten permission to have polling locations at seven locations. We will probably end up with about 10, between eight and 10,” he said, continuing to say he assures voters of one polling place in every census tract.