Guest Opinion | Is the Altadena Library Board of Trustees President Holding Office Illegally? 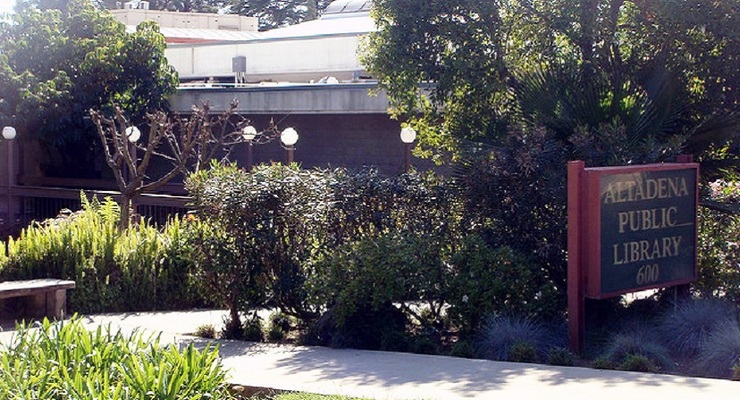 Through no fault of her own, the Altadena Library Board of Trustees President may be holding office illegally.

Betsy Kahn is the current President of the Altadena Library District Board of Trustees; the Board is the governing legislative body for the Altadena Library. She was chosen on March 7 as a Trustee to replace a former Trustee who resigned in January. While the voting to select a Trustee on March 7 occurred in an open public meeting, the voting was anonymous or secret voting – i.e., the Board members voted on ballots, turned them in, and the results were announced without announcing who voted for which candidates. After three rounds of deadlocked anonymous voting, Ms. Kahn was finally selected by a 3-1 vote. Then in April she was elected by the Board as its president to replace former Trustee John McDonald after he also resigned.

Two weeks after Ms. Kahn was selected as Trustee, she notified Mr. McDonald that she believed she had been selected in violation of the Brown Act. Ms. Kahn recommended that there be a re-vote before she assumed office, but the Library Board failed to follow her advice and never re-voted.

On March 20, 2018, Ms. Kahn emailed the President of the Board, John McDonald, notifying him that her research indicated her selection violated the Brown Act and recommending a re-vote. Ms. Kahn wrote: “I was reading up on the Brown Act over the weekend and now have serious concerns about whether my appointment to the Board of Trustees is valid. Open and Public V: A Guide to the Ralph M. Brown Act, published by the League of California Cities, cites California Government Code section 54953( c) and 54953(c)(2) in stating that ‘Action by secret ballot, whether preliminary or final, is flatly prohibited,’ and ‘All actions taken by the legislative body in open session, and the vote of each member thereon, must be disclosed to the public at the time the action is taken’ (p. 36). I have to say that when I told my husband after the meeting about the secret ballot process of (sic) that was used, he questioned its legitimacy, as he was the CEO of a public agency for 15 years and is very familiar with the provisions of the Brown Act.”

Ms. Kahn recommended to former Board President McDonald that remedial action be taken: “I don’t remember every detail of the proceedings at that meeting, but I thought I recalled you saying that you had cleared the process with County Counsel. You might want to check back with them again because I would expect my appointment to be challenged, as well as every carried motion I voted on at that meeting, if my vote made the difference in the outcome. In fact, in order to protect the Board, it would be wise to place on the next agenda an open revote right after the approval of the agenda. If I am selected again in the open vote, then I could participate in the rest of the meeting and moving forward.”

Former President McDonald did not follow Ms. Kahn’s advice. To date, the Board has not publicly re-voted, although it has approved minutes which purport to reflect the votes that were secretly cast.

McDonald resigned on March 30 after my office, as attorneys for the Library Director Mindy Kittay, presented evidence at a March 29 Board meeting that there were multiple Brown Act violations on Mr. McDonald’s watch. However, the violation in secretly voting on Ms. Kahn was not one of the violations presented at that time because we had not learned about by that time.

Conducting the anonymous voting was inexcusable, as our Client Director Kittay had notified the Board and/or its President three times that the Brown Act prohibited anonymous voting – on August 22, 2017, August 23, 2017, and on November 21, 2017. McDonald himself was so notified two of those times.

The Brown Act provides that actions taken in violation of its requirements are null and void, so the continuing failure of the Library Board to actually hold an open vote may mean Ms. Kahn has not been properly appointed as a Trustee or the Board President. Unfortunately, McDonald’s cavalier disregard for Ms. Kahn’s advice to re-vote is typical of the lawlessness he brought to the Board. We have already documented and presented to the Board a large number of Brown Act violations during the time that McDonald and Trustee Ira Bershatsky were Presidents of the Board. As a result of the Library’s recent production of more emails pursuant to our Public Records Act requests, we expect to imminently present to the Board evidence of even more Brown Act violations, including violations as late as May 7. It seems that the Library’s Board of Trustees is the gang that can’t show straight on the open public meeting requirements of the Brown Act.

Dale Gronemeier is a civil rights attorney; he represents Altadena Library Director Mindy Kittay on claims she is making that she has been retaliated against because she blew the whistle on Library Board Brown Act violations.