Finally, the Evidence Emerges: It Looks Likely that ALDI Really is Coming to Altadena 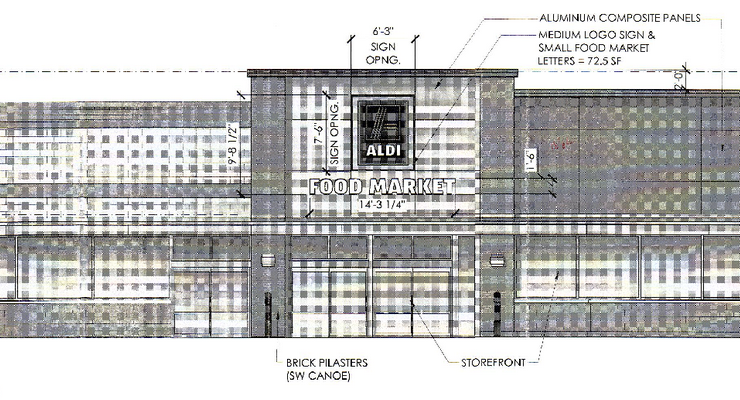 At tonight’s Land Use Committee meeting of the Altadena Town Council, the attached documents were available for distribution showing detailed plans filed with the County which clearly show an ALDI market at the corner of Calaveras Street at Lake Avenue.

These plans are the first solid, convincing documentary evidence Altadena Now has seen.

As recently as August 25, public relations officials for ALDI refused to reveal if the market was planning to come to Altadena.

“As you can imagine, there are many factors involved when ALDI opens a new location. Aspects such as population density, proximity to competition, cost of the property and, with this being California, even traffic patterns are evaluated,” wrote Eniko Bolivar, Vice President of ALDI-hired PR firm Weber Shandwick.

Looks like Los Angeles County may have blown their smokescreen away.