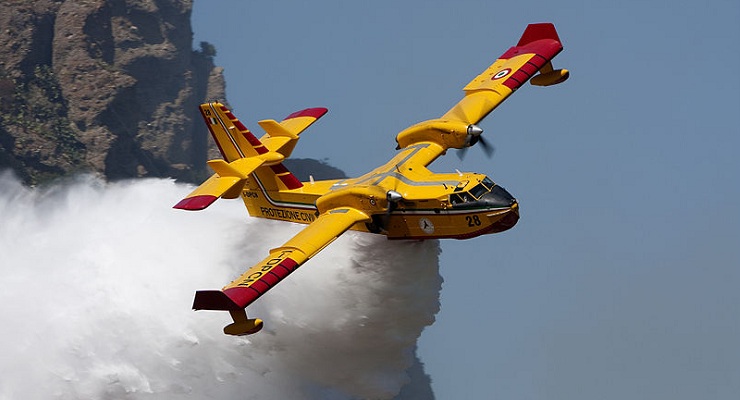 The Los Angeles County Fire Department has leased the fire-fighting aircraft to prepare for widespread highly flammable conditions caused by a four-year drought, coupled with mandatory water restrictions which have stressed native and ornamental vegetation — conditions similar to those which led to the rapid spread of multiple catastrophic wildfires in Northern California.

In the event that early and significant El Nino rainfall arrives, the fire department is prepared to return of all four SuperScoopers as early as November.

SuperScoopers are a fixed-wing aircraft that can carry up to 1,620 gallons of water and take only 12 seconds to scoop water from a lake and inject it with fire-resistant foam – a combination up to three times more effective than water alone. They can be airborne in as little as five minutes and fly three hours before refueling. In addition, an Erickson Aircrane Type I Helitanker, which is capable of delivering 2,200 gallons per drop, was also leased for the 2015 fire season.