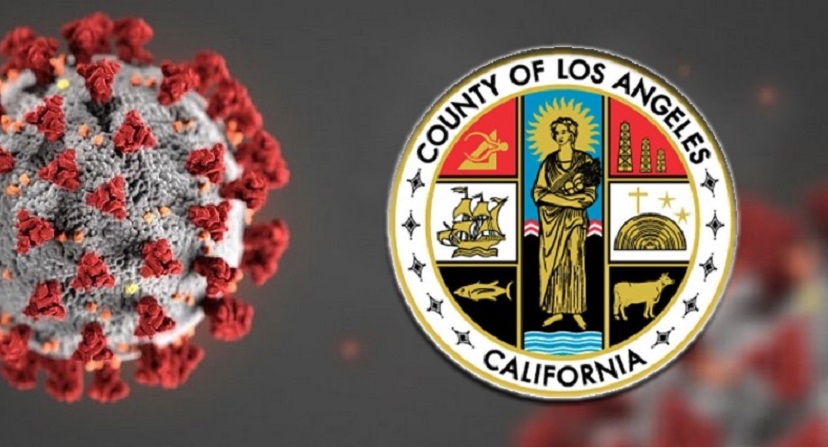 The coronavirus death toll in Los Angeles County nearly doubled Thursday, reaching a total of 21, while another 421 cases were confirmed, a sharp rise the county’s health director attributed to a significant increase in testing while warning the illness is spreading across the area.

Barbara Ferrer, head of the county Department of Public Health, reported nine new deaths over the past 24 hours. No details were immediately available on the ages or locations of those who died.

Ferrer said the 421 new cases bring the county’s overall total to 1,216. Early Thursday afternoon, however, Long Beach — which operates its own health department — reported an additional 13 cases, pushing the county total to 1,229.

Ferrer said the steep one-day spike was the result of additional testing and “catching up on backlogs” of delayed test results, but she said the virus is making an aggressive march across the county, highlighting the need to adhere to social distancing, isolation and quarantine requirements.

“If there are 1,000 people that are positive and each one of those people infects two other people, if we don’t curtail that spread, within a few weeks, there could be over a million people that would be infected in L.A. County,” Ferrer said. “And if 20% of those people who are infected need some kind of hospital care, you can see why we’re urging everyone to help us slow the spread. That could be over 200,000 people that at some point would need to be hospitalized.

“We cannot do this alone. We absolutely need everyone to help us. If we get the numbers down and each person does not infect two other people, that’s our chance and that’s our hope,” she said.

The county’s total of 21 deaths does not include a 17-year-old Lancaster boy who was reported earlier this week to have died from the coronavirus. County health officials said the boy’s death is under further review by the U.S. Centers Disease Control and Prevention. Another death that was reported earlier has also been removed from the county’s total, because authorities determined the person actually lives in a different county.

Residents of the county — and the entire state — are under strict stay-at-home orders asking that people remain in their residence as much as possible, while avoiding any large gatherings.

The order also requires a 14-day quarantine for all close contacts of a confirmed or presumed COVID-19 patient, including household members and caregivers.

“So if you’ve been tested for COVID-19 and you’re waiting for your test results or you’ve been told by a provider that you should presume that you’re positive for COVID-19, we ask that you follow the directives to self- isolate. This means staying at home for at least seven days and until you’re fever- and symptom-free for 72 hours. Do not leave your home. Please do not leave your home unless its for a medical appointment,” Ferrer said.

According to Ferrer, the order requires any such close contacts to immediately begin a 14-day quarantine period.

Ferrer said Thursday that of the people who have tested positive in Los Angeles County, 1.6% have died — a higher mortality rate than the flu. The rate is roughly on par with the national mortality rate from the coronavirus.

Ferrer has repeatedly stressed that the number of cases in the county is likely to continue rising due to the increasing availability of testing. As of Wednesday, about 9,400 people had been tested in the county, with about 10% turning out to be positive for the illness.

She noted that despite the ever-increasing availability of testing, it still remains limited, and she continued to insist that testing be limited to people showing symptoms of the illness or who have been ordered by their doctor to be tested.

Health officials have insisted since the outbreak began that while older people, those with underlying health conditions and pregnant women can suffer more severe consequences from contracting coronavirus, the threat of being diagnosed with the illness is spread across all age groups. And while younger patients may suffer lesser symptoms, they can still spread the illness to people who may become more severely ill.

Concern about people unwittingly spreading the illness by failing to adhere to social-distancing mandates has led the county and cities to close down public-gathering areas, such as beach parking lots and trailheads.

The Malibu Pier, including its shops and restaurants, closed to the public starting Wednesday to prevent crowding during the coronavirus pandemic. The pier is considered a state park, and Malibu City Manager Reva Feldman coordinated with California State Parks to close it, according to Matt Myerhoff, Malibu’s media information officer. The closure came after the pier was crowded with visitors last weekend, Myerhoff said.

Additionally, the beach in Hermosa Beach and beachfront walkway, the Strand, will be closed at 6 a.m. Saturday in an attempt to stop gatherings that could increase the spread of the coronavirus, according to city manager Suja Lowenthal.

Hermosa Beach’s Downtown Parking Structure will also be closed to the public to discourage people traveling to the beach and the Strand, Lowenthal said.

The closures will remain in effect until city officials have determined it is safe to re-open the beach, Strand and parking structure, he said.

“It’s not something easy or pleasurable to do, but it’s the right thing to do and we’re considering more closures to popular outdoor areas,” Los Angeles Mayor Eric Garcetti tweeted Wednesday.