Barger Opposes Constitutional Amendment That Would Lead to Appointed Sheriff 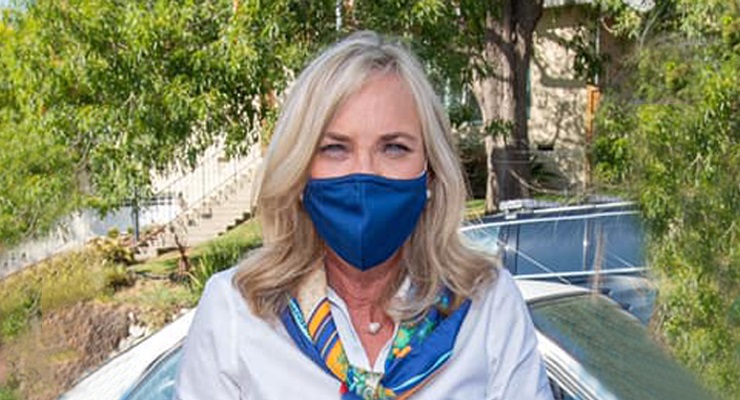 Los Angeles County Supervisor Kathryn Barger, who represents Pasadena and Altadena, said she does not support a state constitutional amendment that would allow the supervisors to appoint the sheriff.

On Tuesday, a split Board of Supervisors voted 3-2 to explore ways to remove Sheriff Alex Villanueva from office.

According to the state constitution, the sheriff is an elected position, but since sheriffs are chosen by voters, they can ignore subpoenas and resist oversight with little penalty.

“Like every other municipality in the state of California, the sheriff of Los Angeles County is elected by the people,” Barger said in a prepared statement.

“While I have had disagreements with the current sheriff on multiple occasions, I do not support these efforts toward removal or impeachment, nor any actions intended to change the selection of the sheriff from an elected official to an appointee of the Board of Supervisors,” she said.

“Any action in this regard denies the will of the people to select the law enforcement representative of their choosing,” Barger said.

Villanueva faced local criticism earlier this year after he announced plans to close two substations, including the one in Altadena after the supervisors cut his budget.

He later refused to comply with a subpoena to appear before the sheriff’s Civilian Oversight Commission. The commission called for him to resign last month.

“It doesn’t make too much research to learn that there’s no ideal way to handle the position of Sheriff,” said Altadena resident Rene Amy. “King County in Washington, which includes Seattle, has gone back and forth between elected and appointed – and is looking at switching once again.
“Mr. Villanueva has made some really bad choices – such as ignoring a legal subpoena – but changing the nature of the job of Sheriff will simply serve to consolidate the power of The Five Queens.”

The reality is that anything that happens in LA County will simply serve to temporarily obfuscate the ongoing budget crisis that’s being
exacerbated by COVID.

Seattle voted in July to change its sheriff from an elected to an appointed position. The change also calls for community input into the appointment for sheriff.

Officials in Ramsey County, Minnesota are considering a similar change.

Supervisors Mark Ridley-Thomas and Sheila Kuehl co-authored Tuesday’s motion recommending that the county direct its lawyers, inspector general, civilian oversight commissioners, and acting CEO to look at possible avenues for removing the sheriff or cutting back his responsibilities.

Ridley-Thomas — who tabled consideration of the motion two weeks ago when Barger and Hahn first indicated their opposition — said the idea of an elected sheriff was outdated.

Supervisor Hilda Solis asked that consideration of a report on options for dealing with the sheriff postponed until January so that state Sen. Holly Mitchell, just elected to replace Ridley-Thomas, could lend her voice to the discussion.

The termed-out Ridley-Thomas, who was elected last week to replace Herb Wesson on the Los Angeles City Council, agreed to support Solis’ amendment.

Barger said the supervisors must consider the voice of the people in elections.

“As we continue to encourage our residents to vote and to make sure their voice is heard, we must respect the choices that they make and work collaboratively toward protecting public safety and serving the needs of the 10 million residents of Los Angeles County,” she said.