Antonovich Says He Will Run for Liu’s Senate Seat 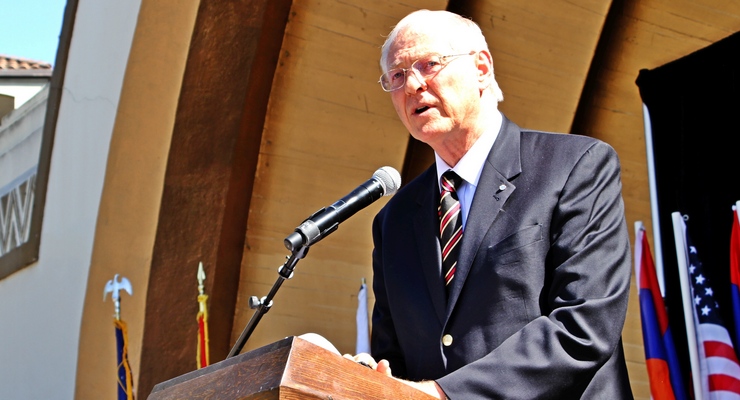 Los Angeles County Mayor Michael D. Antonovich, whose district includes Pasadena, said at a gathering last weekend that he is running for the California state Senate in 2016.

Antonovich has said he was eyeing the seat now held by Carol Liu (D-La Cañada), who will also be termed out in 2016.

The Times reported Natalie Blanning, managing partner with the political consulting firm Gilliard Blanning & Associates, as saying Antonovich hired her firm a few weeks ago and has been interviewing fundraisers and other potential campaign staff.

Blanning also said Antonovich is in the process of opening a candidate committee.

Last month, Gatto said that there are likely going to be at least seven candidates in the race, at least six of them Democrats.

Antonovich, who lives in Glendale, had told the Los Angeles Times last June that he believes a Republican can win the seat.

“The people are going to vote based on who represents them best, and I have an effective record representing the area,” he said.

Other speakers at Saturday’s picnic included U.S. senate candidate Tom Del Beccaro and Jack Orswell, a candidate for the U.S. House of Representatives from California’s 27th Congressional District. Kathryn Barger, Antonovich’s chief of staff who is running for the Board of Supervisors, also spoke.