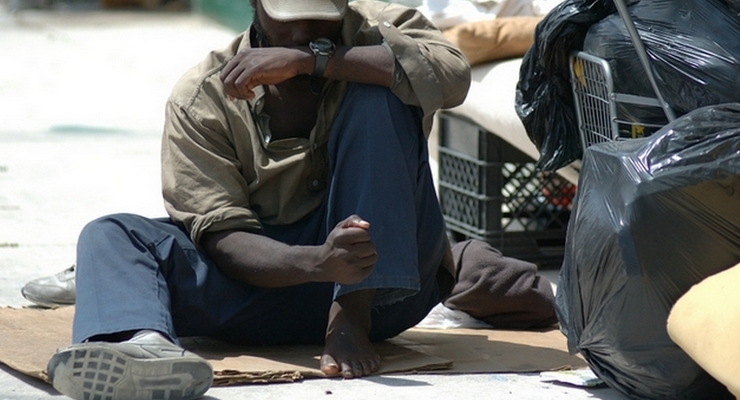 Altadena residents and community leaders will deploy all over town after sunset Tuesday night to begin to document the homeless population that lives throughout Altadena, both in plain sight and hidden.

This effort is the time that hundreds of communities throughout L.A. County do the utmost possible to determine a realistic homeless count.

A joint powers authority of the City and County of Los Angeles, LAHSA was created in 1993 to address the problems of homelessness in Los Angeles and has been spearheading the annual homeless count over the years — an issue that has plagued the county for decades.

Altadena’s participation in the 2017 count is a part of a larger effort that includes over 6,000 volunteers at 149 deployment sites and spans over 4,000 square miles of land.

“It’s a growing problem. We don’t have the resources that Pasadena has to directly target homelessness. We want to make it where we can attack it at the beginning before it gets out of hand,” said Altadena Town Councilmember and 45 year resident Damon Hobdy, who is one of 45 volunteers registered to gather at Altadena’s deployment site at Alta Loma Park.

With the data, the county hopes to bring leaders, residents and stakeholders together, and ensure the delivery of vital community resources for the solution of the problem.

“It think it will be sufficient enough to where we can get an accurate count within San Gabriel Valley of a homeless situation and be able to assess it. This is information we can give to Supervisor Barger’s team and we can try to work together to rid our community of it,” said Hobdy.

The volunteer conducted homeless count will be done in the evening hours as a part of the visual count method which is a visual-only tally of everyone unsheltered experiencing homelessness.

Groups will include a driver, a counter and a person that will document homeless information.

“There’s not a one-on-one engagement with the homeless. We do it at night because that’s when people who are experiencing homelessness are settling down for the evening,” said Waldman.

Last year, Los Angeles County recorded the largest homeless census in the nation with over 7,500 volunteers, over 5,000 demographic surveys completed, and 100 percent coverage of the Los Angeles Continuum of Care census tracts.

Altadena’s homeless count for 2016 showed 58 individuals identified to be living in the elements. It is yet to be known if that number has increased despite unfortunate county trends.

“We have seen an uptick in homelessness in the last few years,” said Waldman about the overall homeless count in L.A. County.

LAHSA is the lead agency in the United States Department of Housing and Urban Development-funded Los Angeles Continuum of Care, which includes 85 cities and the unincorporated areas of the county.

The agency coordinates and manages more than $132 million annually in federal, state, county and city funds for programs providing shelter, housing and services to homeless persons.

Several things are different for this year’s count criteria.

These new categories now include the addition of transgender male to female, transgender female to male and also those who do not identify as either male, female or trans.

There are also new questions posed by the LAHSA to understand whether the unsheltered homeless population has difficulty accessing basic types of services such as showers, restrooms, food and water.

Another issue of focus is whether homeless individuals who care for pets have increased difficulty utilizing shelter resources.

“This captures trends in society,” said Waldman. “It will give us a stronger sense of who is homeless and what they’re dealing with living on the streets and in shelters every night.”

There are three other methods of counting aside from Altadena’s visual count that will help identify the county homeless population in more depth.

Volunteers are advised to sign up for the count at www.theycountwillyou.org.