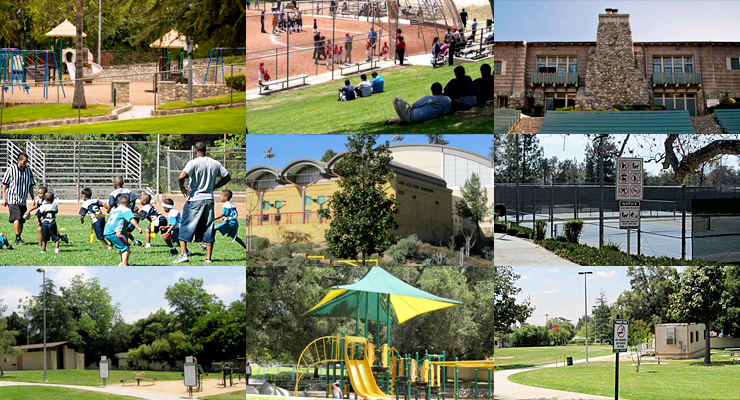 Altadena Heritage is facilitating a Park Needs Assessment meeting at 7 pm on Thursday, January 21, 2016, at the Altadena Community Center. It is one of more than 160 such meetings set up all over Los Angeles County, in incorporated cities and unincorporated communities, to gather public input on needed park improvements.

Michele Zack, Chair of Altadena Heritage, said the private sector nonprofit was tapped by Altadena Town Council chair and Supervisor Antonovich’s field office to run Altadena’s Park Needs Assessment meeting, and heritage staff and volunteers were trained on how to go about the consultation process. Anne Chomyn from the Town Council is also on the meeting committee.

Zack said the discussion will help the County come up with a better strategy to improve facilities at public parks.

She also said that based on information from County officials, the Park Needs Assessment should lead to a ballot initiative about how funds for public park infrastructure should be prioritized, saying past initiatives failed because of the lack of public consultation.

“The County went back to the drawing board and decided, for the first time, to go over all 86 incorporated towns and maybe about as many unincorporated areas, and do a survey to see exactly what park resources exist all over the County,” Zack said.

Altadena Heritage has published notices and emails to community stakeholders and residents informing them of the meeting, and issues regarding Altadena’s parks, including Loma Alta, Charles White, and Farnsworth, that will be discussed on Thursday. “This is a chance to provide your input,” she says.

“Altadena Heritage was asked to run it, so we’re reaching out. We’ve sent out lots of mailers and emailers, and I’ve spoken to several groups such as the Chamber of Commerce, Rotary, NAACP, Neighbors for Building a Better Altadena, and the Town Council,” Zack said. “We’re hoping to get good attendance from across a wide swath of the community so that we can have a real discussion. We will go over what exists, what new projects could be, and come up with some that people will vote to prioritize.”

Among the projects that may be discussed at the community meeting will expanding facilities at Charles White Park, which Zack said lacks infrastructure; improving restroom facilities at several parks, or even adding a dog park — which Altadena doesn’t have. Park use of empty property owned by the county will also be discussed.

A Facilitator Toolkit provided by the County Department of Parks and Recreation shows Altadena, with a population of over 42,600, has one of the lowest park acre per population ratio in the county – 0.9 park acres per 1,000 people. The County average is 3.3 park acres per 1,000. Zack mentioned that Altadena is surrounded on 3 sides by natural features such as mountains and canyons, which have regional parks, so it isn’t as bad as it sounds.

Zack said she does not expect every priority identified to be built, but it’s important that people are being asked what Altadena lacks and what each community wants done with its own parks.

“The products, which will be priority lists from 160 community meetings all over Los Angeles County,” will be used to write a new park initiative that will be on the ballot, Zack said.

“Of course, people can vote for or against [the initiative]. But the hope is now that every community has been actually asked what they want and shown what they have in a more bottom up process, people will support it,” she explained.

The Altadena Park Needs Assessment meeting Thursday is from 7 to 9 p.m. at the Altadena Community Center, 730 East Altadena Drive.