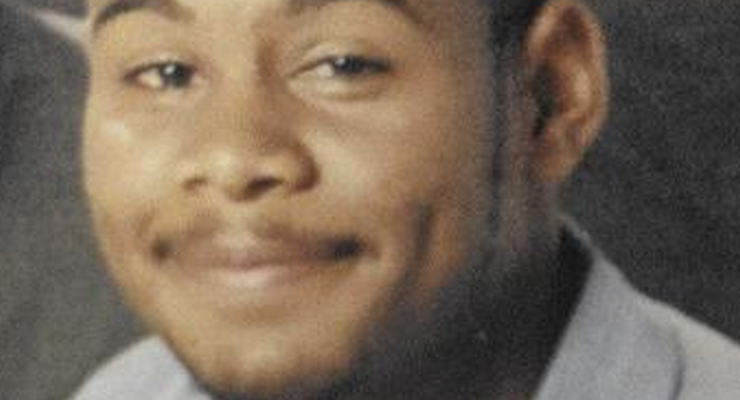 The day before Halloween in 2014, Altadena-bred Christopher Walker, 26, was shot as he sat on the patio at Fair Oaks Burgers about 4:30 in the afternoon by a person who got out of a car, fired multiple times at him, then climbed back into the car and sped off on East Calaveras Street.

Walker was taken to Huntington Memorial Hospital, where he died.

As Walker’s family and friends prepare to mark the six month anniversary of his death (Altadena’s first homicide since 2012), his story is attracting attention as a revealing tale of the lure of gangs in our neighborhoods.

Annenberg Radio News released a program last week that focused on Walker, and on April 30, the Neighborhood Unitarian Universalist Church of Pasadena will host a memorial march which will be joined by community leaders and anti-gang experts.

For the details, we turn to Neighborhood Church’s Reverend Hannah Petrie:

“This past week has been a whirlwind of activity in preparation to get the word out about a meaningful, unique community event in Altadena that Neighborhood Church is sponsoring on Thursday, April 30th: “A WALK FOR CHRISTOPHER – Acknowledging the Six Month Anniversary of Christopher Walker’s Murder at the Fair Oaks Burger in Altadena.” Chris Walker was recruited to be a Crip gang member when he was only five years old, via Pasadena Little League Baseball. His parents, a strong middle class family who gave Christopher a steady upbringing in their lovely home in Altadena, didn’t know until he was 11. His mother, Ursula Walker’s first response when she found out was, “There are gangs in Altadena and Pasadena?” She had no idea.

“The Crips’ influence on Christopher was stronger than his parents’ and he remained gang-affiliated until he was a young man. But then, over the course of several years, he turned his life around. He had a steady job and he carpooled with his mother early every weekday morning as they worked only blocks apart in Los Angeles. On the day he was killed, he was simply waiting for a burger with some old friends, about to pick up his daughter at preschool, when he was shot from behind. He never saw his assailant.

“There is much to this story that is significant in the “Black Lives Matter” era. So much attention is on cops (usually white) killing people of color, but the comparative numbers of black-on-black or brown-on-brown type of murder as part of the decades-old tragedy of gang-affiliation is rarely given time and attention. And these numbers are staggering, dwarfing the police killings. It is and has been a community crisis of epic proportions, and this April 30th event is meant to provide the ordinary community member an entrée toward making a difference: by providing a menu of options and opportunities, people can find the role toward making a difference that suits them.

“This is exactly what Brian Biery of the Pasadena Flintridge Center suggested we do, when I asked him about it back in January. He said, “everyone has a role to play,” and the important take home message will be to provide exactly what those roles could realistically be.

“To that end, I’ve recruited community leaders and experts in the area of gang prevention to both speak at the event and stand-by to directly connect people with how they can make a difference. For example, Mikala Rahn, the Founder and Director of Learning Works Charter School is a confirmed speaker (she has been called the Father Gregory Boyle of Pasadena), as is Ricky Pickens, a local gang intervention leader and Director of Youth of Promise, the only surviving program of the recently folding Flintridge Center that provided services and programs with measureable results in curbing gang affiliation in Pasadena over the past fifteen years.

“Flintridge losing their funding for such an effective set of programs is a harbinger for our community. What does it mean that we as a society no longer see fit to help lives that are typically doomed to death and prison? We can get depressed about it or we can do something about it. The April 30th event is meant to be a catalyst in the right direction. I know it has great potential to build bridges in the community and change lives. The Community Clergy Coalition, a large ecumenical Pasadena clergy group of mostly conservative, black church clergy, has agreed to share our publicity efforts amongst their congregations.

“Journalists from the LA Times have already expressed interest in covering the event, and the local NBC TV news station has confirmed their coverage.

“A flyer is in production, but here are the basics. The event will begin in front of Chris’ parents’ church at 6:30 p.m., Altadena’s Church of the Nazarene. By 7 p.m. we will have walked the short distance to the Fair Oaks Burger where a stage and sound system will support the short program, to conclude by 8 p.m.. Some of Mikala Rahn’s high school students will provide some inspiring entertainment.

“This Sunday’s service is about water, another timely topic, but it’s also about this event and the deeper story behind it. Are the two issues related? Water Justice and what I’m calling for short Gang Justice? Actually they are, and I invite you to find out how at this special service, where Ursula Walker has given me permission to share her truth-telling words she has shared with me.

“The service will also include my adventures as a pretend California Water Policy Wonk at the 24th Annual California Water Policy Conference at McKenna College in Claremont that took place three weeks ago. Together as one beloved Neighborhood community, let us envision how we can lead the larger community to ‘where justice shall roll down like waters, and peace like an ever flowing stream.'”